For the Jewish community in Ohio, the newest Cleveland Browns lineman is also a landsman.

Mitchell Schwartz will arrive in Cleveland on Thursday, May 10 for the Cleveland Browns’ rookie minicamp, having been chosen as the 37th pick in last week’s NFL Draft.

In an interview with Cleveland Jewish News, the 22 year-old Brown said he was raised with a strong Jewish identity, attending Hebrew school and synagogue services during the major holidays.  “We were pretty active,” in comparison to his childhood Jewish friends, he said.

Schwartz’s father, Lee, expressed great pride in his son.  “I kvell when thinking about it,” he said. “We stressed family, we stressed being good, ethical people, morals,” Lee Schwartz said of raising Mitchell and his son Geoff, who was drafted in 2008 to play for the Minnesota Vikings.

As for himself, Mitchell says he takes his Judaism out onto the field.  “Judaism teaches a lot of dedication and hard work, he said.  You don’t go back on your word… if you do those things the right way, you’ll be successful no matter what you do.” 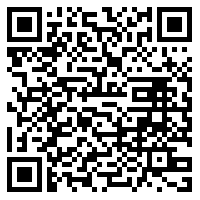