This month the new head of UNIFIL took up his post. The new UNIFIL Force Commander and Head of Mission is Major General Stefano Del Col of Italy, and UNIFIL is the United National Interim Force in Lebanon, established in 1978. Its authorized strength is 15,000, and the actual number of troops is about 10,500. Its mission today is set in UN Security Council Resolution 1701, adopted in 2006 to end the Israel/Hezbollah conflict. The Resolution, inter alia,

Resolution 2373, adopted in August 2017, extended the mandate. It also added that the Security Council

recalls its authorization to UNIFIL to take all necessary action in areas of deployment of its forces and as it deems within its capabilities, to ensure that its area of operations is not utilized for hostile activities of any kind….

It is a reminder of the strange world of UN resolutions that 2373 does not mention Hezbollah at all. While the resolution condemns acts of intimidation meant to prevent UNIFIL from fulfilling its mission, it does not mention who is committing those acts.

Resolution 1701 lists the specific things UNIFIL should be doing, all of which are meant to ensure that the Lebanese army moves into south Lebanon and is the only armed force there, and more generally that the government of Lebanon and not Hezbollah exercises sovereignty over and control of all Lebanese territory.

Twelve years later, as a new UNIFIL commander takes over, we should be assessing how all of that is going. Is UNIFIL stronger, and has it helped the government of Lebanon push back against Hezbollah?

Very clearly the answer is no. In the years since the 2006 war, Hezbollah has increased its strength and especially its weaponry despite UNIFIL’s existence. The U.S. ambassador to the United Nations, Nikki Haley, said this when resolution 2373 was adopted, according to the official UN account:

Describing the status quo for UNIFIL as unacceptable, she said the resolution called on the Force to step up patrols and inspections to disrupt Hizbullah’s illicit activities.  It also emphasized that UNIFIL could assist the Lebanese Armed Forces to secure the border and halt the flow of weapons, and required it to report where, when and why it could not see behind roadblocks.  The resolution demanded that UNIFIL step up its efforts at a moment when Hizbullah was stepping up theirs….

Cynics, or realists, might well argue that UNIFIL provides Hezbollah with a multinational force of human shields. That is, because Hezbollah and UNIFIL troops are so close to each other physically it would be very difficult for Israel, in another war with Hezbollah, to attack without UNIFIL getting in the way.

Moreover, one need not wait for another round of fighting to see the deleterious political effect of UNIFIL on the policies of contributor nations. Among the top ten troop contributors are France, Spain, Italy, China, Ireland, and China; other contributors include Austria, Finland, Germany, and Greece. Most of these governments are concerned above all about the safety of their troops, which means they do not want UNIFIL challenging Hezbollah. On the contrary they wish to achieve a modus vivendi with that terrorist organization. That is one reason for the complaint, sometimes heard in southern Lebanon, that UNIFIL hires mostly pro-Hezbollah people for their local support staff and as providers of other goods and services. That keeps the peace with Hezbollah, at the cost of subsidizing Hezbollah financially.

What would happen in southern Lebanon if UNIFIL became more aggressive in enforcing UN resolutions? There would be some confrontations with Hezbollah supporters and perhaps even with heavily armed terrorist groups. Hezbollah does intimidate, block, and deter UNIFIL; there is no evidence that UNIFIL intimidates, blocks, or deters Hezbollah. The most recent incident occurred just a few weeks ago, in August, when “civilians” in a Hezbollah-controlled area stopped a UNIFIL patrol from advancing. Last year Hezbollah similarly let UNIFIL know who’s boss. AFP reported that “Groups of civilians attacked United Nations peacekeepers on patrol in two incidents in southern Lebanon on Friday, damaging their vehicles but causing no injuries, the mission said in a statement. The UN Interim Force in Lebanon (UNIFIL) said two patrols…in south Lebanon were obstructed on Friday morning ‘by groups of aggressive men’.” UNIFIL stated that “Civilians attempted to block the way of UNIFIL patrols and attacked the peacekeepers,” and while no peacekeepers were injured in the incidents there was “severe damages” to UNIFIL vehicles. Just a friendly Hezbollah reminder.

What is to be done? Israel’s former ambassador to the United Nations, Ron Prosor, commented that UNIFIL should push back: UNIFIL should “use the tools the force already has, like drones that can monitor Hezbollah’s activities and relay the footage to control rooms around the world, with almost zero risk for troops on the ground.”

But that is not what troop contributor governments seek, so it is very unlikely to happen. Still, one may hope that General Del Col is somewhat tougher than his predecessor, the Irish General Michael Beary. It is almost impossible that he will be less tough. Del Col should, and perhaps he may, try to establish new limits to the ability of the terrorists to treat southern Lebanon as their domain.

What would happen if UNIFIL folded, and the troops went home? Given that the presence of the UNIFIL forces is beneficial to residents of southern Lebanon—the troops can limit Hezbollah’s absolute sovereignty there, and they do spend money there as well—their departure would be unpopular and would be blamed on Hezbollah. Shia residents of south Lebanon, who are already unhappy with the sacrifices Hezbollah is forcing upon them in the war in Syria, would have another grievance against the Hezbollah leadership. That gives Gen. Del Col and UNIFIL some space to work, make demands, and stand up for themselves. Presumably both the Lebanese and Israeli governments prefer to have UNIFIL there as a sort of buffer, but at least in the Israeli case they would clearly like an active buffer that actually tries to do what Resolution 1701 requires of it.

Del Col should test the limits. That will make Hezbollah angry, but if Hezbollah isn’t vexed by UNIFIL’s presence then we are all wasting a lot of money–$500 million a year is the UNIFIL budget—and effort supporting that organization and making believe that it is enforcing resolution 1701. 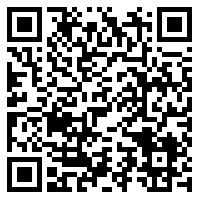