After reading the UN Commission of Inquiry Report regarding last summer’s fighting in Gaza it has become abundantly clear that the report is fundamentally biased against Israel, in almost every chapter. This is evident in the Report’s definition of the party at fault “the armed Palestinian Groups”.

An uninformed reader may even ask who is behind these groups. However even those of us who are more familiar with the facts are painfully aware that without clearly citing Hamas and explicitly holding them accountable for their actions, but simply pointing fingers toward “armed groups”, effectively means that Hamas does not bear any official responsibility, will not come under international scrutiny, and therefore will not be forced to pay a political price or any other.


The name Hamas is in fact mentioned very few times in the report, and mostly as part of quotes by Israeli sources when making allegations against them. However the vast majority of references in the report regarding a potential violation of international law on the Palestinian side attributes them to “armed groups” who are seemingly faceless.

In the report there are several references to the al-Qassam Brigades, but only once as an armed branch of Hamas and in the later parts of the report (p.130). The reference is a general one, and does not specify the subordination of the military division to Hamas, its responsibilities etc. It should be noted that this fact does not appear at all in the Commission’s Summary Report, and furthermore there is a breakdown of other military branches and their organizational affiliation at the beginning of the report (p.18). Needless to say that not one of the Palestinian organizations are identified as terrorist organizations.

It is apparent that the drafters of this report went to great lengths to separate these factors in order to create ambiguity allowing refrain from directly accusing Hamas.

The only time the reports directly names Hamas is when referring to the execution of 21 Palestinian collaborators, sixteen of which were removed from their prison cells. However, even when citing to these incidents, the report does not openly accuse Hamas, but only mentions the al-Qassam Brigades and as Hamas’ armed branch and their voluntarily admission to these actions.

In an almost trivial sentence the Report states that these executions took place with the knowledge of the” local authorities in Gaza”. Who are these local authorities? And is it possible that prisoners were removed from Hamas’ prisons without clear orders? The term “local authority” appears several times, but without any references to its identification as Hamas.

Is it possible that the Commission entrusted to thoroughly investigate simply overlooked the fact that Hamas is de Facto the ruler in Gaza and that al-Qassam and Hamas are one and the same?

The question that needs to be asked is would a committee that is meant to be impartial not declare Hamas a terrorist organization, and its actions war crimes for each of its actions including deliberately attacking civilians, kidnap and murder, fighting from within civilian buildings, hospitals, mosques and schools, extra-judicial executions of civilians, incitement to murder and violence, and so on and so forth? Yet Hamas is not directly linked to any of these crimes.

The lack of explicit reference to Hamas is most evident in the conclusions of the Report. While the Report’s demands from Israel are long and detailed, the Committee once again abuses its mandate and directs only but a few of its conclusions to three factors: the Palestinian Authority, “the Gaza Authorities” and “Groups of Palestinian armed groups “.

How will the next round of bloodshed be prevented when the United Nations openly gives a terrorist organization a freehand to act as it pleases, and indirectly gives them a license to kill and continue their terrorist actions with the UN’s backing? 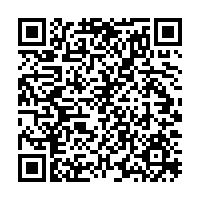