Samir Kuntar was a terrorist who committed one of the most brutal terrorist attacks one can imagine. On April 22, 1979, Kuntar, who was then 16 years old, murdered four Israelis in the Israeli city of Nahariya. One of his victims was a four-year-old girl, Einat Haran. Kuntar smashed her skull after murdering her 31-year-old father, Danny.


This week, Kuntar was killed in an explosion that destroyed his apartment south of the Syrian capital, Damascus. He had been in Syria helping President Bashar Assad commit war crimes against his own Syrian citizens. Kuntar had been sent to Syria also as part of the Iranian-backed Lebanese Hezbollah terror group, to plan major terror attacks against Israel from Syria.

Kuntar was not a Palestinian. He was Lebanese Druze. This irregularity still has not stopped Palestinians from adoring him for murdering Jews. Palestinians will worship anyone who carries out a terror attack against Israel or Jews — such as the Japanese terrorist, Kozo Okamoto, who led the 1972 massacre at Israel’s Lod Airport, in which 24 people were murdered and more than 70 wounded.

In the eyes of many Palestinians, Kuntar’s murderous résumé, like Okamoto’s, has turned him into a “martyr” and a “hero.” The arch-terrorist is now being mourned in the West Bank and Gaza Strip as a “national hero and fighter” who sacrificed his life for the sake of the Palestinians. This is who many Palestinians consider their role model: the only requirement is that they try to destroy Israel and murder Jews. It is as if all the Muslims in France idolized the men who committed the November 13 massacres at Paris’s football stadium and the Bataclan Theater, and committed themselves to being just like them.

The love affair between Kuntar and the Palestinians began many years ago, while the terrorist was serving time in Israeli prison. Palestinian prisoners such as Fatah’s Marwan Barghouti and Ahmed Sa’dat, Secretary-General of the Popular Front for the Liberation of Palestine (PFLP), proudly posted photos of themselves posing with Kuntar. Barghouti is now serving five life sentences for his role in deadly terror attacks against Jews between 2000 and 2006. Sa’dat is in prison for his role in gunning down Israel’s Minister of Tourism, Rehavam Ze’evi, in a hotel in 2001.

Upon learning of Kuntar’s death, Barghouti, who is a senior official with the “moderate” and Western-backed Fatah faction, published the following eulogy: “One thousand greetings to your soul. We shall meet.”

Although the Fatah-dominated Palestinian Authority has so far refrained from commenting on the assassination of the Lebanese Druze terrorist, Fatah websites have been mourning and praising Kuntar as a “hero” and “martyr.”

Sultan Abu Al-Einein, a senior Fatah official who is close to President Mahmoud Abbas, and apparently does not favor terrorists being killed, denounced the assassination as a “despicable Israeli crime.” Abu Al-Einein went on to praise Kuntar as a “martyr” who had contributed to the Palestinian cause from the age of 16. Not surprisingly, the Fatah official failed to mention that Kuntar had brutally murdered four Israelis, including a little girl. Evidently, Abu Al-Einein believes that murdering Jews is not a “despicable crime,” but killing an arch-terrorist is a “despicable crime” — one that requires the entire international community to punish those responsible!

In the Gaza Strip, only hours after the terrorist was killed in Syria, a Palestinian father, Maher Huthut, announced that he has named his newborn baby after Samir Kuntar. The announcement was presumably meant to express Palestinian “gratitude” for Kuntar’s “sacrifices” on behalf of the Palestinians. In yet another sign of affection for Kuntar, various Palestinian factions in the Gaza Strip set up a large tent to receive condolences over his death. Hundreds of Palestinians visited the tent to express their deep condolences over his death, and many pledged to follow in Kuntar’s footsteps.

Palestinian factions are now planning a similar move in Ramallah, only a few hundred meters away from the office and residence of President Mahmoud Abbas.

This outpouring of sympathy and affection from the Palestinians for Kuntar should not surprise anyone. Palestinians have long been glorifying terrorists and jihadis who attack and kill any Jew, whether soldier or civilian. When Palestinian leaders — the Western-backed Palestinian Authority, not even Hamas — openly endorse terrorists and name streets, squares and schools after them, they are sending a message to their people that murdering Jews is a noble and dignified undertaking, and that it is virtuous to do more of it!

It is frankly disgusting, even as a Palestinian, to see so many of my countrymen mourning and heaping praise on a man who murders babies. This show of solidarity with a baby-killer and arch-terrorist is the direct result of the ongoing incitement against Israel and Jews that takes place each day in mosques, the press and social media in the West Bank and Gaza Strip. It is precisely this non-stop incitement and indoctrination that is driving young Palestinians to take knives, run out, and stab the first Jew they meet.

Despite what the European politicians funding them wish to think, Palestinian leaders are not educating their people for tolerance, non-violence and peace. Instead, with the money they are given by these dreamy northerners who seem to imagine the world is one big loving day-care center, they continue to poison the hearts and minds of their people through incendiary lies and the most bigoted rhetoric.

The Europeans, who are largely bankrolling this venom, should be made to know that this is what their generosity is used for. And that this is precisely why no peace process with Israel will ever work. Thanks mainly to the largesse of European funding that keeps most Palestinians from thinking of other ways to earn a living, Palestinian terrorism is now a big business! The gullible Europeans have enabled an entire generation to be raised on the glorification of terrorists such as Kuntar. I do hope this makes the Europeans feel very good about themselves.

In this sick, twisted society that the Europeans have bought and paid for, anyone who murders Jews is considered a role model. But anyone who supports peace with Israel is instantly denounced as a “traitor.” It is high time for the Europeans and others in the West to wake up. 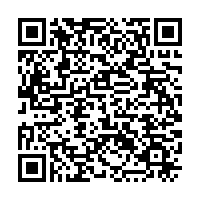