Obama Undermined The Intelligence Community
More Than Trump Has Ever Done

Amid the flurry of news media coverage surrounding President Trump’s criticism of the U.S. intelligence community, it may be instructive to recall that the Obama administration was repeatedly accused of politicizing the country’s intelligence agencies to advance its own foreign policy agenda.

This while Trump has said that while he may disagree with some of the Intel community’s assessments, he respects the independence of those same agencies.

In public remarks on the matter, Trump has affirmed that he wants U.S. intelligence agencies to have their own opinions and explained that he takes their analysis into account when taking foreign policy decisions.

The Obama administration, by contrast, was repeatedly accused of politicizing the U.S. intelligence community.

One damning investigation by House Republicans released in August 2016 found that under the Obama administration, the intelligence arm of the U.S. Military’s Central Command (CENTCOM) routinely produced intelligence that “distorted, suppressed, or substantially altered” the results of the campaign against the Islamic State.

One common theme that House Republicans found was that some Obama-era CENTCOM analysts declined to be interviewed, possibly out of fear of reprisals from CENTCOM leadership, while the interviews that did take place were under the watchful eyes of Obama’s DOD officials.

One year prior to the House probe, The Daily Beast broke the story that over 50 CENTCOM intelligence analysts formally complained that senior officials inappropriately altered their reports on IS and al-Qaeda’s Syria branch.

Other instances of the Obama administration allegedly politicizing intelligence include directives for analysis to use the term “home-grown violent extremists” instead of “home-grown terrorists,” and fostering a climate against utilizing “Islam” in connection with terrorism.

Amnesty International has utilized misleading charges to advocate the boycott of tourism in West Bank Israeli communities as well as eastern Jerusalem.

Using the disputed label of “Occupied Palestinian Territories,” Amnesty International singled out Airbnb, Booking.com, Expedia and TripAdvisor, claiming those companies are profiting from what the organization wildly claimed were “war crimes” by facilitating tourism to those territories.

Amnesty International, which has been funded by Soros’s Open Society Foundations, refers to the West Bank, areas where Jews have had an historic presence for thousands of years, as “Occupied Palestinian Territories,” implying that Israel stole the land from the Palestinians.

The organization’s report says that it included “East Jerusalem” in its definition of “Occupied Palestinian Territories” to be boycotted by the tourism companies. “East Jerusalem” is not a city. The term refers to eastern Jerusalem, which contains the Temple Mount, Western Wall and Old City and has been home to Jews as well as local Arabs for centuries.

Israel opposes the “occupied” label, and has referred to the West Bank in international forums as disputed. The framework for all previous peace proposals, each of which was rejected by the Palestinian Authority, never called for an entire Israeli evacuation from the West Bank or eastern Jerusalem.

The 1967 Six Day War was launched after Arab countries used the territories to stage attacks against the Jewish state. In 1988, Jordan officially renounced its claims to the West Bank and eastern Jerusalem and unilaterally recognized terrorist Yasser Arafat’s Palestine Liberation Organization as “the sole legitimate representative of the Palestinian people.”

Like eastern Jerusalem, the West Bank contains historic Jewish communities and some of the holiest sites in Judaism, including the Ma’arat Ha’machpelah in Hebron, Rachel’s Tomb in Bethlehem, and Joseph’s Tomb in Shechem.

Amnesty International singled out Airbnb even though the housing giant already announced that the company will ban Israeli homes in the West Bank from its listings. Airbnb made that announcement in November just 24-hours before a report from Human Rights Watch was reportedly set to criticize the company for allowing the listings. Airbnb’s decision followed intense lobbying efforts by the anti-Semitic Boycott, Divestment and Sanctions (BDS) movement. 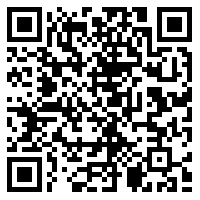