Here Are 7 Investigations More Worthwhile Than The Mueller Probe

Now that special counsel Robert S. Mueller’s final report predictably found no collusion between Donald Trump or his 2016 campaign and Russia, it is time for the appropriate investigative authorities to probe the possibility of crimes committed in the perpetuation of the Russia collusion hoax.

Below, in no particular order, are eight key questions related to possible wrongdoing in the sordid Russia collusion affair.

Former British spy Christopher Steele reportedly met on July 5, 2016 with a Rome-based special agent, where he turned over the unsubstantiated, largely-discredited anti-Trump charges listed in his infamous dossier alleging collusion between Russia and Trump’s 2016 presidential campaign.

The controversial Fusion GPS firm hired Steele to do the anti-Trump work that resulted in the compilation of the dossier. Fusion GPS was paid for its anti-Trump work by Hillary Clinton’s 2016 campaign and the Democratic National Committee via the Perkins Coie law firm.

The dossier contents were so unverified that numerous major media outlets briefed on the document refused to publish stories on the salacious material.

The BBC reported that Steele’s information served as a “road map” for the FBI’s investigation into claims of coordination between Moscow and members of Trump’s presidential campaign.

Questions have been raised about Victoria Nuland, a senior official in John Kerry’s State Department.

Other State officials reportedly interfaced with both Steele and Clinton confidante Sidney Blumenthal regarding the dossier.

Comey signed the first of three FISA applications in late October 2016. The second and third were renewal applications since a FISA warrant must be renewed every 90 days. All three applications reportedly cited the dossier.

Comey cited the Steele dossier in the applications to monitor Page even though his own FBI determined the document was “only minimally corroborated.”

In recently released testimony, Bruce Ohr, a career Justice Department official, said that in the time period before the FBI under Comey used the controversial dossier as central evidence in the FISA application he informed the FBI at the same time that Steele’s dossier was tied to Hillary Clinton’s presidential campaign.

Ohr revealed that he spoke to the FBI about the role of Fusion GPS in producing the dossier, and informed the agency that his wife, Nellie Ohr, worked at the time for Fusion GPS.

Comey’s FISA application to conduct surveillance did not specifically state that the FBI had information that Steele was being paid in connection with any U.S. political party, according to House documents and the redacted FISA application itself.

On January 10, CNN was first to report the leaked information that the controversial contents of the dossier were presented during classified briefings inside classified documents presented one week earlier to then President Obama and President-elect Trump.

CNN cited “multiple U.S. officials with direct knowledge of the briefings” – in other words, officials leaking information about classified briefings – revealing the dossier contents were included in a two-page synopsis that served as an addendum to a larger report on Russia’s alleged attempts to interfere in the 2016 presidential election. 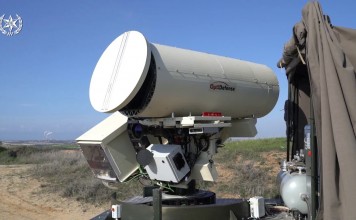 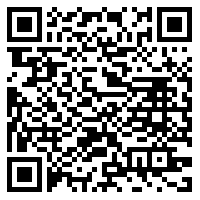