Mueller “Not Familiar” With Fusion GPS

A defining moment of last week’s televised hearings came when former Special Counsel Robert Mueller claimed that he was “not familiar” with the controversial Fusion GPS firm.


Fusion GPS, of course, was paid by Hillary Clinton’s 2016 campaign and the Democratic National Committee to produce the infamous Christopher Steele dossier that reportedly played a central role in sparking the FBI’s questionable Russia collusion probe involving the very claims that Mueller’s team was purportedly established to investigate.

Unsubstantiated Fusion GPS charges were reportedly utilized as evidence in successful FISA applications to obtain successive warrants to conduct surveillance on Carter Page, a former adviser to President Trump’s 2016 campaign who was also a subject in Mueller’s investigation.

The Mueller team was further supposed to investigate the Trump Tower meeting and yet his final report failed to mention that three Russian participants at that meeting have ties to Fusion GPS.

Also not making the Mueller report was that, as this journalist first reported, email logs brought to light show numerous emails were exchanged between a Clinton associate, Fusion GPS and Trump Tower participants, with the subjects of some of those emails listing the Magnitsky Act, which sanctions Russian officials and was by all accounts the very topic of the Trump Tower meeting.

Curiously missing from Mueller’s report were any inquiries into the many questions raised by a timeline showing numerous personal meetings between Fusion GPS co-founder Glenn Simpson and Trump Tower participants. Some of those meetings took place within the days surrounding the Trump Tower confab.

There’s also Steele’s July 5, 2016 meeting with a Rome-based special agent, where he officially turned over to the FBI his unsubstantiated, largely-discredited anti-Trump charges as ultimately compiled in the Fusion GPS-producer dossier.

And Fusion GPS admitted to facilitating the delivery of the dossier claims to late Senator John McCain, who in turn personally passed them to then-FBI Director James Comey.

Fusion GPS was inarguably a central player in the Russia scandal and yet we are to believe the very man appointed to oversee the Justice Department’s purported investigation of that scandal is “not familiar” with the firm? Mueller’s claim raises serious questions about his credibility and partiality.

A bipartisan report by the Senate Intelligence Committee documents how the Obama administration did not take effective action as Russia worked to target the U.S. election process.

The same report, reviewed in full by this column, shows that, under the Trump administration, U.S. agencies have made significant progress in working to secure election systems while vulnerabilities still remain.

Not only were states confused by briefings on election threats by Obama-era agencies, the Department of Homeland Security under President Obama didn’t even tell states that a nation-state actor may have been associated with suspicious IP addresses listed in an FBI FLASH notification on August 18, 2016 about actors purportedly scanning election-related websites, the report relates.

States the report in one damning section: “Given the lack of context, state staff who received the notification did not ascribe any additional urgency to the warning; to them, it was a few more suspect IP addresses among the thousands that were constantly pinging state systems. Very few state IT directors informed stats election officials about the alert.”

The bipartisan Senate report did not explicitly indict the Obama administration by name, but it thoroughly documented the many failures of government agencies to secure U.S. election systems prior to the 2016 presidential election. A key section of the report states that “the Russian government directed extensive activity, beginning in at least 2014 and carrying into at least 2017, against U.S. election infrastructure at the state and local level.”

Prior to the 2016 election, state election officials “who have primacy in running elections were not sufficiently warned or prepared to handle an attack from a hostile nation-state actor,” states the report.

The Washington Post previously cited former Obama administration officials as expressing regret that not enough was done to contain the alleged Russia interference threat. One reason given was concern that Russia interference attempts could taint any victory by Hillary Clinton. 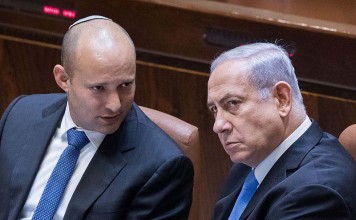