The win by Democratic Socialists of America (DSA) member Alexandria Ocasio-Cortez in the Democratic Party primary for New York’s 14th Congressional district serves as a milestone victory for the DSA, which long sought to infiltrate Democratic politics and push the party far leftwards.

In largely forgotten history, the DSA played a central role in helping found the Congressional Progressive Caucus (CPC), which advanced radical DSA ideology within the Democratic party. The CPC was established in 1991 by six members of the House of Representatives, including Bernie Sanders, Ron Dellums and Maxine Waters.

With Ocasio-Cortez’s clinch of the nomination, the DSA now moves into the open within the mainstream of the Democratic party. She beat veteran Congressman Joe Crowley in an upset victory that sent shockwaves across the U.S. political landscape.

The DSA was central in promoting her campaign, helping to canvass, organize phone banks and even reportedly producing one of her campaign videos.

As a member of the DSA, the platform for Ocasio-Cortez’s campaign reads like a socialist wish list:

The DSA is the largest socialist organization in the U.S. and is known for its far-left ideology.

U.S. Should Recognize Golan Heights Next

Following the historic recognition of Jerusalem as Israel’s capital, the Trump administration should strongly consider continuing the trend of “recognizing reality” and affirm Israeli sovereignty over the strategic Golan Heights, this reported argued.

I was speaking on my Sunday night talk radio program, “Aaron Klein Investigative Radio,” broadcast on New York’s AM 970 The Answer and NewsTalk 990 AM in Philadelphia.

Now for those of you who don’t know, Golan is this mountainous territory – I have been there many times – that looks down, literally looks down on Israeli population centers. If there were an enemy of Israel who controlled the Golan… Well, guess what, we don’t need to say if.  We know exactly what would happen because enemies of Israel controlled the Golan and Syria used it two times to mount ground invasions into Israel.

So, given first of all that there is no Syria, it doesn’t exist practically, and given that when they did have it they used it to wage war against Israel it’s the most obvious thing that Israel needs to hold it.

But actually, a lot of people don’t know really the history of the Golan.  All we hear is fake news in the media. Occupied Golan. Israeli occupied Golan or disputed territory, captured territory from 1967. There is a larger history here that people have no idea about.

I delved into the history of the Golan Heights, which has actually been out of Syrian hands longer than the 19 brief years it was under Syrian control from 1948 to 1967. The Golan was variously controlled by France, Britain and Turkey.

I also reminded listeners of the history of how tens of thousands of acres of land in the Golan Heights was seized from Jewish associations which had purchased the land in the late 19th century.

And I gave an account of the Jewish historic and biblical connections to the Golan recounted in the Tanach.

Olmert and Abbas: Laughing and Crying 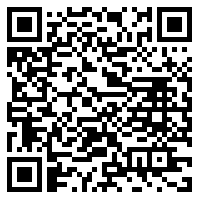