Slip Of The Tongue For Broadwell?

Broadwell, a former counterterror operative, co-authored a bestselling biography of Petraeus. She discussed the book during a keynote speech on Oct. 26 at a University of Denver alumni symposium. The speech is available in full on YouTube. During a question and answer session, Broadwell was asked about the September 11 attacks against the U.S. mission in Benghazi. She stated:

“Now I don’t know if a lot of you heard this, but the CIA annex had actually had taken a couple of Libya militia members prisoner. And they think that the attack on the consulate was an effort to try to get these prisoners back. So that’s still being vetted.”

The existence of a U.S. prison or CIA detention center in Benghazi would be a new development in the debate surrounding the attacks there. The information does not appear to have been publicly known prior to her comments.

An extensive KleinOnline search of news media coverage of the Benghazi attacks could find no mention of prisoners being held at the CIA annex.

A CIA spokesperson denied Broadwell’s claim of a prison at the Libyan annex. However, Fox News is quoting multiple intelligence sources claiming that prisoners were indeed held at the Benghazi annex.

What The Media Is Ignoring…

The speculation surrounding the sudden resignation of the CIA chief, General David Petraeus, is focusing in large part on his role in an alleged cover up of the attacks against the U.S. mission in Benghazi this past September.

Perhaps being overlooked is the CIA’s possible role in purportedly using the Benghazi mission to coordinate U.S. aid to opposition insurgent groups acting in Syria amid information that those same insurgents consist in significant part of jihadists, including groups openly acting under the al Qaeda umbrella.

That Benghazi compound is repeatedly referred by the news media to as a “consulate.” However, as this column recently reported, the building was not a consulate and at no point functioned as one, according to informed Middle East security officials. Instead, the U.S. diplomatic mission in Benghazi served as a meeting place to coordinate aid for the rebel-led insurgencies in the Middle East, the security officials said.

Among the tasks performed inside the building was collaborating with Arab countries on the recruitment of fighters – including jihadists – to target Bashar al-Assad’s regime in Syria. In September, KleinOnline broke the story that Ambassador Christopher Stevens played a central role in recruiting jihadists to fight Assad’s regime in Syria, according to Egyptian security officials.

Stevens served as a key contact with the Saudis to coordinate the recruitment by Saudi Arabia of Islamic fighters from North Africa and Libya. The jihadists were sent to Syria via Turkey to attack Assad’s forces, said the security officials.

The officials said Stevens also worked with the Saudis to send names of potential jihadi recruits to U.S. security organizations for review. Names found to be directly involved in previous attacks against the U.S., including in Iraq and Afghanistan, were ultimately not recruited by the Saudis to fight in Syria.

In 2008, Hamas was so hopeful about a future Obama administration that the group’s chief political adviser, Ahmed Yousef, famously endorsed then-candidate Barack Obama for office, calling the politician a “great man” with a “vision to change America.”

Upon Obama’s re-election, however, the Islamist group’s expectations of the U.S. president seem to have diminished. During a radio interview, Mahmoud Al-Zahar, Hamas’s senior leader in Gaza, explained he was “not too much optimistic” about what the future holds with Obama in the White House.

Stated Zahar: “We are respecting the will of the American people but we are not too much optimistic about his positive interference to stop the Israeli aggression against the Palestinians and to stop the expansion of the settlements.”

He continued: “Obama in his first term supplied the Israelis with the most sophisticated material more than any other leader. We have a big suspicion about his direct interference in order to help the Palestinian issue and to change his attitude concerning the reconciliation and the confiscation of our land.” 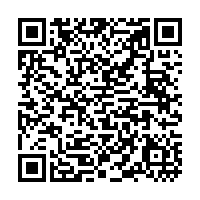