Special Forces Could Have Reached Benghazi In Time

In a bombshell admission that has until now gone unreported, Martin Dempsey, chairman of Joint Chiefs of Staff, conceded that highly trained Special Forces were stationed just a few hours away from Benghazi on the night of the attacks of September 11, 2012, but were not told to deploy to Libya.


In comments that may warrant further investigation, Dempsey stated at a Senate hearing last Wednesday that on the night of the attack, command of the Special Forces – known as C-110, or the EUCOM CIF – was transferred from the military’s European command to AFRICOM, or the United States Africa Command.

Dempsey did not state any reason for the strange transfer of command nor could he provide a timeline for the transfer on the night of the attack. Dempsey’s also incorrectly stated the time it takes to travel from Croatia to Benghazi.

His remarks confirm an exclusive Fox News interview aired April 30 in which a special government operator, speaking on condition of anonymity, contradicted claims by the Obama administration and a State Department review that there wasn’t enough time for military forces to deploy the night of the attack.

“I know for a fact that C-110, the EUCOM CIF, was doing a training exercise in…not in the region of North Africa, but in Europe,” the special operator told Fox News’ Adam Housley. “And they had the ability to act and to respond.”

The operator told Fox News that the C-110 forces were training in Croatia. The distance between Croatia’s capital, Zagreb, and Benghazi is about 925 miles. Fox News reported the forces were stationed just three and a half hours away.

The C-110 is a 40-man Special Ops force maintained for rapid response to emergencies – in other words, they are trained for deployment for events like the Benghazi attack.

“It [the C-110] was on a training mission in Bosnia, that is correct,” stated Dempsey.

Dempsey had been asked whether they were training in Croatia, not Bosnia.

In further remarks, he stated the forces were in Croatia.

Dempsey was asked whether he agreed with the Fox News timeline that the C-110 could deploy in four to six hours.

“No, I would not agree to that timeline,” he stated. “The travel time alone would have been more than that, and that is if they were sitting on the tarmac.”

Dempsey’s remarks are inaccurate. Even a large passenger jet can travel from the furthest point of Croatia to Benghazi in about two and a half hours or less.

Dempsey further stated that the command of the C-110, or the EUCOM CIF, was transferred the night of the attack, but he didn’t explain why. He could not give a timeline of when the command was transferred, telling Johnson he would take the question for the record.

When Did The White House Know About Snowden?

Did the Obama administration have advance knowledge that whistleblower Edward Snowden had leaked NSA surveillance secrets to the Washington Post and London Guardian newspapers?

Gellman had been in communication with Snowden since at least February, according to news reports.

Wrote Gellman: “The Post sought the views of government officials about the potential harm to national security prior to publication and decided to reproduce only four of the 41 slides.”

Gellman was referring to a PowerPoint presentation Snowden had provided to the reporter detailing PRISM, the top-secret surveillance program that reportedly gathered intelligence from Microsoft, Facebook, Google, and other Internet giants.

Life is like a Movie – The Jay Shapiro Show [audio] 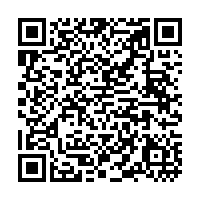