A prominent rabbi and Jewish leader who made headlines last month when he called for the arming of Jewish institutions in Europe is now criticizing European governments for failing to adequately protect their Jewish citizens.

Rabbi Menachem Margolin is the director general of the Rabbinical Centre of Europe and the European Jewish Association, which is the largest federation of Jewish organizations and communities in Europe.

On “Aaron Kein Investigative Radio – broadcast on New York’s AM 970 and Philadelphia’s AM – Margolin warned warn that Jews in Europe will likely face more attacks in the wake of last Saturday’s synagogue shooting in Denmark. He demanded immediately law enforcement protection for Jewish institutions throughout Europe and said those institutes that are not protected should work to secure themselves, including with armed guards.

“There are hundreds of Jewish institutions in Europe which are not protected 24/7 by the police, and this is a very dangerous situation,” Margolin stated. “Unfortunately I would say that you can record today’s conversation and use it again when something else is going to happen.”

He continued, “European governments have the responsibility and obligation to protect each Jewish institution in Europe so every Jew will feel secure and free to come to synagogue, Jewish school, kosher supermarket, museum, kosher restaurants or any other Jewish institution at any time without any fear.”

Reacting to the Copenhagen attacks, Margolin said, “The fact is that if not for the first terror attack at the coffee shop, the Danish police wouldn’t have protected the Jewish synagogue.”

Denmark’s Jewish community said the victim of the synagogue attack was a Jew identified as 37-year-old Dan Uzan, the AP reported.

According to police, Uzan was unarmed and was standing guard outside the synagogue entrance to check attendees coming in for a boy’s bar mitzvah celebration. There were reportedly at least 80 other people inside the synagogue during the attack.

Police reacted immediately and later killed the shooter, who is also believed responsible for an attack hours earlier at a free speech event at a Denmark café.

Are Illegal Aliens Responsible For The Measles Outbreak?

Is there more to the measles outbreak than the Centers for Disease Control and Prevention have acknowledged?

A close look at the history of measles outbreaks in the U.S. over the last 15 years yields two significant themes – the vast majority of all cases were imported from outside the country, and many of the disease clusters were located in California, a state known for its large concentration of illegal aliens.

Rep. Mo Brooks, R-Ala., and radio host Rush Limbaugh have both suggested a connection between illegals and the spread of disease, including the recent outbreak of measles.

So-called fact check websites, however, have declared the measles-illegal aliens link to be a “false narrative.” These sites note that most illegal immigrants stem from El Salvador, Guatemala, Honduras and Mexico. According to the World Health Organization, the measles vaccination rates in these countries for the past four years have been equivalent to, and in some cases exceed, the rate in the United States. Furthermore, PolitiFact points out the Office of Refugee Resettlement’s protocol calls for it to provide “vaccinations to all children who do not have documentation of previous valid doses of vaccine.”

However, PolitiFact misses those illegals who are not caught, do not enter detention centers, or who are released by border agents within 72 hours of their capture.

Thirteen-year Border Patrol veteran Chris Cabrera is vice president of the Local 3307 chapter of the National Border Patrol Council, the exclusive representative of approximately 17,000 agents and support personnel assigned to the U.S. Border Patrol. He recently said in a radio interview that the Border Patrol is being overwhelmed by illegals, with many slipping through the cracks possibly carrying disease.

In a development that could have dramatic ramifications for the region, Iran has decided to renew its full financial sponsorship of Hamas, a senior Hamas official told KleinOnline.

The Hamas figure, speaking from Gaza on condition of anonymity, divulged a meeting he said took place in Lebanon last Wednesday between representatives of Iran’s embassy in Lebanon, Iran’s Revolutionary Guard, and members from Hamas and the Iran-sponsored Hizbullah.

The Hamas official said the meeting represented an official reconciliation between Iran and Hamas. The Iranians distanced themselves from Hamas after the terrorist organization in recent years refused to aid in fighting the insurgency targeting the regime of Syrian President Bashar al-Assad.

At the meeting, Iran pledged to renew its full financial sponsorship of the cash-strapped Hamas and will in the coming weeks transfer money to pay the salaries of the tens of thousands of employees on the payroll of Gaza’s Islamist rulers, the official said.

Iran also pledged to attempt rearm Hamas, not only in the Gaza Strip but in the West Bank, said the Hamas official.

The delegation discussed the difficulties in getting weapons to Gaza, particularly after the Egyptian military’s deployment to the neighboring Sinai to fight jihadist organizations. The Egyptian military has also successfully stemmed much of the flow of weapons from the Sinai into Gaza.

Surprisingly, the representatives at the meeting did not exclude the possibility of attempting to rearm Hamas in Gaza via potential smuggling routes from Israel’s northern border with Syria and Lebanon. The representatives noted Hizbullah has demonstrated expertise at smuggling drugs from Lebanon into northern Israel where the drugs make their way across the Jewish state. 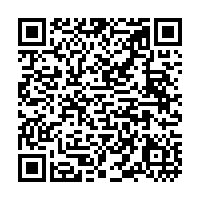