Chinese Military Advisers May Be Headed To Syria

A Syrian-regime source and a Middle Eastern defense official have both confirmed to this reporter that a Chinese naval vessel carrying dozens of “military advisers” has crossed into the Mediterranean Sea and is awaiting further instructions to potentially dock in Syria.


The Middle Eastern defense official said there is information the Chinese military ship is located a short trip of several “hours” from the Syrian coast.

The official said that before approaching Syrian waters, the Chinese government is awaiting a decision by the regime of Syrian President Bashar al-Assad about whether to formally request the assistance of Chinese military advisers.

Another option being discussed, the official said, is for the Russian government to make a public gesture toward requesting the Chinese presence.

A Syrian regime source confirmed knowledge of the Chinese vessel and said no decision has been made by Assad’s regime about requesting any Chinese assistance in fighting the years-long insurgency led by Middle East rebels.

The Middle Eastern defense official and the Syrian regime source both denied a report from Debka.com, a private website headquartered in Israel, which claimed the Chinese aircraft carrier Liaoning-CV-16 has docked at the Syrian port of Tartus, accompanied by a guided-missile cruiser.

The Irving, Texas, Police Department has no plans to further investigate the sensational case of Muslim “clock boy” Ahmed Mohamed, despite questions being raised about whether the teenager personally built his suspicious-looking clock, an Irving police source told this reporter.

Questions have also been raised about the background of Eyman Mohamed, Ahmed’s 17-year-old sister, who told the Daily Beast during a day-long interview with the family that she was still upset about an incident in which she was suspended from school after being accused by another student of wanting to blow up the building.

Eyman has been running Ahmed’s social media campaign, which characterizes him as a victim of anti-Muslim stereotyping.

NBA owner Mark Cuban of the Dallas Mavericks told HBO “Real Time” host Bill Maher last Friday that he spoke to Ahmed on the phone but was puzzled as to why his sister kept trying to feed him answers.

During media interviews, Ahmed has maintained he “made a clock.” “I’m the person who built a clock and got in trouble with it,” he said, further describing the clock as his own “invention.”

Electronics expert Thomas Talbot posted a viral video to YouTube September 18 arguing that Ahmed did not actually build the clock. Talbot claims the teenager appears to have ripped out existing components from a standard digital alarm clock.

After removing the plastic cover, he said, Mohamed attached the internal components to the inside of a suitcase.

A statement by Irving police pointed out that under Texas law, “a person is guilty of possessing a hoax bomb if he possesses a device that is intended to cause anyone to be alarmed or a reaction of any type by law enforcement officers.”

The Irving Police Department officially closed the case and instructed employees not to comment to the media beyond information already released.

However, KleinOnline spoke to a source inside the Irving Police Department who said detectives were aware of the Internet reports alleging the boy didn’t construct the clock on his own. Still, the source said the clock will not be re-checked and that the family was notified last week, ahead of those reports, that Ahmed’s device was available to be picked up.

The source further said there is a lot of misinformation circulating in the media about the case, but he declined to be more specific.

The source said the Irving police have more information that has not yet made public; those details, he said, will be released in the coming days. The source maintained detectives have no plans to re-open the case.

Bill Ayers Boasts Of His Association With Obama

In an interview with the Yale college newspaper published on Friday, Weather Underground terrorist group co-founder Bill Ayers said he believes his association with Barack Obama got the politician elected president in 2008.

“That whole narrative blew up because no one could figure out how to run against Barack Obama, and Hillary Clinton started it all by saying we don’t know who this guy is and he has sketchy friends [myself],” Ayers told the weekend supplement of the Yale Daily News, referring to controversy over his relationship with Obama.

“I like to think that his association with me got him elected,” Ayers added.

The anti-American radical claimed Obama is a centrist, not a far-leftist, and therefore he was not disappointed with the president’s time in office so far since his hopes were not high.

From 1999 to Dec. 11, 2002, Obama was a paid director of the Woods Fund, a Chicago non-profit where he served alongside Ayers. Before that, working at the Chicago Annenberg Challenge in 1995, Obama had a close relationship with Ayers, according to the CAC’s archived records. The records also show Obama’s and Ayers’ foundation granted money to radical leftist activist causes, such as the now-defunct Association of Community Organizations for Reform Now, or ACORN, which had done work on behalf of Obama’s presidential campaign. 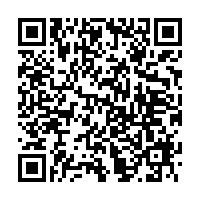