They never could have guessed that their sacrifice would be rewarded with the literal destruction of their communities, their forcible removal by the very army designated to protect them, and the dislodging of even the bones of the victims of terror from their cemeteries.

Their tree-lined avenues and sparkling homes were a far cry from the misery and poverty I witnessed on the part of my Palestinian brothers in Gaza City, just a few miles away and a few years earlier, when I visited with Al Sharpton in 2001. The rampant corruption of Yasser Arafat’s Palestinian Authority, which treated international aid as a personal piggy bank for the enrichment of his cronies, and the channeling of what remained into rockets and bullets against Israel, rather than the building of hospitals and roads, created squalor and wretchedness on a vast scale.


Since then it has only gotten worse, with Hamas, one of the most brutal regimes on earth, imposing its draconian religious fanaticism on the Palestinians in the form of honor killings of young women, the lynching of gay men on trumped-up charges of collaborating with Israel, and the recruiting of children and teenagers as suicide bombers to murder Israelis.

Sharon was an Israeli hero whose decisive action in the 1973 Yom Kippur War to cross the Suez Canal and encircle Egypt’s Third Army was in large measure responsible for Israel’s eventual triumph. But nothing can undo the incessant rocket attacks that Israel has suffered at the hands of a Hamas regime that Sharon’s actions involuntarily created.

The same simply cannot be allowed to happen in Judea and Samaria, a region where so many of the Bible’s greatest stories took place and where the Jewish nation, after Joshua’s conquest of the land 3,300 years ago, began to take shape.

It is my hope that my son, in spending a week in these areas with his siblings and in celebrating his bar mitzva first at the Western Wall and then at Psagot in Binyamin, will also be shaped by the ruggedness of both the landscape and the brave residents who have carved out a Jewish life under the most trying circumstances. 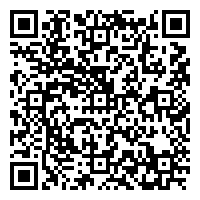