The other day a man who had just given up an affair to return to his wife asked me why marriage is such a struggle. “I feel like I’m going against my nature, always having to fight with myself to make my marriage work. Why can’t it all be easier?”


The ancient Rabbis said that the true hero is the person who gains mastery not over a combatant but himself. The truly devoted husband is he who fights polygamous leanings to discover intimacy and thus a humanity that transcends animal impulses.

It’s not the easiest advice. Most of us prefer a life of leisure to a life of struggle. The modern world is geared toward deadening us emotionally with binge TV-watching, binge-drinking, growing legalization of cannabis and prescription drugs, and anything else that numbs us to life’s struggles.

Herein, in my view, lies the tragedy of the life of Ariel Sharon, whose legacy is being reexamined as he fights for his life – we pray successfully – at Tel Hashomer in Israel.

If there is one thing that Sharon’s life epitomized, and what he best understood, is that Jewish existence and history is all about struggle.

Legend has it that Golda Meir once said that good days would come to Israel when it appeared in the newspapers as much as Switzerland. Whether or not this is true, it captures the eternal Israeli yearning for peace and tranquility.

When the Patriarch Jacob, who was called Israel, was asked by Pharaoh how old he was, he responded, “The years of my sojourning are one hundred and thirty; few and unpleasant have been the years of my life.” It is not easy to struggle. We all want an easier life.

Sharon’s insight was to know this was a pipedream. For 2000 years the Jews were forced to struggle to survive. It was not about to end just because they finally had a country of their own. They would be forced to fight their enemy’s inexplicable desire to push them into the sea. It was best to embrace the struggle with all of its implications. It was better to be controversial than dead.

Throughout his life Ariel Sharon, the “bulldozer,” epitomized Jewish struggle. From early on, he understood that security for Israel within its borders would be an uphill battle and that would be hard-fought.

He joined Israel’s underground militia, the Hagana, at age 14 and fought in Israel’s struggle for independence at 20. He distinguished himself in the fighting and was severely wounded after being shot in the stomach by Jordanian troops in the battle for Latrun. The battle for that fortress on the road to Jerusalem culminated in the loss of 139 soldiers in his brigade.

Sharon was Israel’s quintessential warrior. He climbed through the ranks of Israel’s defense forces in its early years, as a soldier, an instructor, a commander, and became one of its youngest generals.

Later in life, General Sharon surfaced as one of Israel’s most influential politicians and founded two political parties. In 1991, as Israel’s Housing Minister, he came to speak for Oxford L’Chaim Society at the Oxford Union. Huge protests greeted him. I was amazed at how unfazed he was. He held his wife Lilly’s hand tightly and glided right by them. He had come to expect to be opposed in all that he did.

Sharon was a man of deep principle. He had no qualms rebuking those with Jewish blood on their hands. At the Wye Plantation peace talks in 1998, as Israel’s Foreign Minister, he famously refused to shake Yasser Arafat’s hand. Later, Sharon made sure to restrict the father of modern terrorism s to his compound in Ramallah.

For most of his political career, he was an unwavering supporter of Israeli settlements and oversaw the biggest wave of Jewish development in the West Bank and Gaza since Israel took control of the territories in 1967.

But then, in his last major decision as Prime Minister, his staunch encouragement of Israeli settlement policy took an unpredictable turn. In 2005, he passively brought about the creation of what would become a Hamas terror state in the Gaza Strip when he ordered a unilateral Israeli withdrawal. The Jewish graveyard in Gaza was excavated, synagogues were demolished, and over eight thousand Israeli’s were evicted from their homes.

It seemed to many that Sharon, as well as the Israeli public at large, forgot that Israel survives only through struggle. That having communities in Gaza, surrounded by a million Palestinians, is not comfortable. But even more uncomfortable is Gaza being turned into a launching pad for terror and rockets that has continued unabated since Israel’s withdrawal.

In return for its withdrawal Israel got a major war, the Mavi Marmara, constantly international condemnation for simply trying to stop the influx of weapons to Hamas terrorists, and most significantly an incessant shower of rockets on its citizens and cities. In 2008, over 2000 rockets were launched on Israeli cities from Gaza and over 2200 in 2012.

Benjamin Netanyahu, who protested Prime Minister Sharon’s decision by leaving his cabinet, told his colleagues: “I am calling on all those who grasp the danger: Gather strength and do the right thing…[Don’t] give [the Palestinians] guns, don’t give them rockets, don’t give them a sea port, and don’t give them a huge base for terror.”

Sharon hoped that after withdrawing from Gaza Israel would cease to struggle, at least on its Western border. Peace would place Israel in high public standing, even in the face of evidence that the Gaza would soon be an Iranian proxy for terror against Israel.

The last surviving Israeli leader from the generation of its founders, Ariel Sharon wanted peace to be his eternal legacy. Judaism loves peace and in our religion God’s very name is peace. Every day we pray and year for peace. But calling war peace will not make it so. 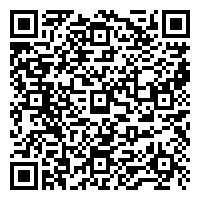