By now you’ve heard about the Pew Research poll, published this week, that concludes that American Jewry is on its way to oblivion. No need to wait for Hassan Rouhani of Iran to drop a bomb on us. We’re doing an incredibly fine job of destroying ourselves, thank you very much.

What all this shows is that what my friend mega-philanthropist Michael Steinhardt and I have been saying for years is unfortunately correct. Despite the untold billions that have been sunk into Jewish communal outreach for the last half century, it has barely made a dent in the rate of assimilation.


Here are three ways to give mouth-to-mouth to our dying community.

1.     Stop creating a divide between the Jewish and non-Jewish worlds.

Today’s model of outreach is fatally flawed seeing as it necessarily forces a choice on non-affiliated Jews to choose between the Jewish and mainstream worlds. So, a student at University who hangs out with his non-Jewish friends is encouraged to stop going only to mainstream University events and come instead to Hillel or Chabad. I’m not knocking that. We need Jewish organizations that invite Jews in to classes, religious services, lectures, social events, and debates. But far more effective is not forcing the choice on them in the first place. Bring Judaism instead to where they are at. On campus, do colossal events that bring Jewish values, teachings, and wisdom to all students so that young men and women are not forced to choose.

Last week, in collaboration with Rabbi Yehuda Sarna of Hillel at NYU, our organization, This World: The Values Network, staged a huge event of over 1000 Jewish and non-Jewish students that had me moderating a discussion on genocide between Elie Wiesel and Paul Kagame, the President of Rwanda.

In a similar manner, bring Judaism to the culture via TV shows, plays, and music that are mainstream and intended for all audiences. Some examples include the new Shlomo Carlebach-based musical ‘Soul Doctor,’ produced by Jeremy Chess, that is currently running on Broadway, the music of Matisyahu, and the TV show I hosted on TLC called ‘Shalom in the Home.’ Like the Kabbalah movement, bring Judaism and Jewish values to everybody instead of just focusing on the Jews. We are not a proselytizing faith, but that is no excuse not to make the Jewish people a light to all nations.

The overwhelming number of Jews who still step into a Synagogue do so for three days of every year and then swear they will never come back. Sometimes I think we should ban secular Jews from High Holy Day services and shift their attendance instead to Simchas Torah and Purim. But since that’s not going to happen, let’s take the focus off of cantorial recital yodeling, which makes congregants into spectators, shift the teachings away from dry sermons, and focus instead on having services engage the heart and mind. Carlebach-style services that make people sing real spiritual melodies rather than listening to opera is the way to go. Rabbis putting out moral questions between each of the seven readings of the Torah on Saturday mornings is a means by which to influence congregants to apply the lessons of the Torah to their everyday lives, making Judaism relevant rather than aloof. And don’t forget a fantastic Kiddush with fine single malt whisky. Can’t afford it? Build less elaborate buildings and have a more elaborate cholent and sushi.

You basically become a Jewish day school teacher or a Rabbi after your fifth rejection from Harvard Business School. There is no social clout in it and you get paid in cholent beans. How do we change all this? By having AIPAC, Federation, Birthright, and other prestigious Jewish organizations respect Rabbis at their major conventions rather than having them say the blessing on the bread. How do we ensure they can make more money? Take the ten smartest Jewish hedge fund managers and have them create a fund open only to Jewish activists where there money will be managed by the smartest people in the world so that a teacher in cheder will have enough money to marry off his children without having to moonlight as a bar bouncer. The more money Rabbis and teachers make, without putting strains on the communal purse, and the more clout these professions enjoy, the more talent we will attract to those professions that are supposed to be inspiring our youth.

Turks Hate Everyone (Except Turks) 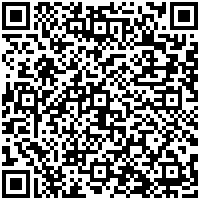