For so many people religion is practiced out of a sense superstition. Like a furry rabbit’s foot, it wards off evil spirits. Fulfilling the word of God keeps you from experiencing bad things. So what happens when you’re religious and those bad things happen anyway? It must be because you sinned.

I continue to be amazed at how many people see God as “the great blackmailer in the sky,” a term I first heard from the atheist Oxford philosopher Jonathan Glover in a debate I moderated between him and my friend Dennis Prager. God threatens us with death and suffering unless we follow His will. Insofar as I have recently published a full length book refuting this idea, both Biblically and logically, I will not here address it, other than to focus on the most insidious permutation thereof. And that is the belief that the Holocaust was punishment for Jewish sin.


No doubt you’ve heard this argument before. It’s straightforward and it goes like this. The Jews of Germany didn’t want to be Jewish any more. They wanted to be more German than the Germans. They changed their names. They assimilated. They married out. The reform movement, which started in Germany in about 1820, expunged all mention of Zion and Jerusalem from its prayer book. Germany and Berlin were the new promised land. In short, the Jews of Germany abandoned God. Worse, they thought they could get away with it. So God decided to teach them a lesson. Just try and forget Me. Here, have a few gas chambers. Let’s see how independent you feel when you’re incarcerated behind barbed wire? Let’s see how much you love Germany when they collectively slaughter your children.

I’ve heard many variations on this theme. One is that it wasn’t assimilation and attachment to Germany that brought the Holocaust, but the exact opposite. The Jews were punished for secular Zionism and an attempt to return to the ancient homeland without divine assistance. Another variation, which I heard just recently and supposedly exists on a tape from one of the great Jewish scholars of the 20th century, was that the only way the Jews would ever give up their deep, emotional attachment to the great Torah centers of Europe, like Lithuania, was to see their neighbors shoot their own parents.

Whatever the variation on this theme of the Holocaust as punishment, let’s be clear. These theories are ignorant, repulsive, and wrong. Ignorant because no human being knows the mind of God. Repulsive because they take six million innocent martyrs – including 1.5 million children – and turn them into culprits responsible for their own deaths. Wrong because they ignore the most basic fact of all, which is this: the majority of German Jews survived Hitler, even though, of course, huge numbers perished.

In 1933 there were 522,000 Jews living in the Reich. By 1939 and the start of the Second World War, 304,000 had emigrated. Beginning in January 1933, when Hitler came to office in a torch lit parade down Unter den Linden, the Jews of Germany knew that they were in the hands of a monster. Almost immediately Jews were beaten in the streets, their businesses boycotted, their Synagogues attacked. By September, 1935 the Nuremberg race laws were enacted. By November 1938 the horrors of Kristallnacht defined the growing Nazi tyranny. And throughout, the Jews of Germany tried to get out. They knew they were otherwise doomed. And while the nations of the world closed so many doors to them, the majority managed to escape.

The people who did not escape were, among so many other millions, the Hassidim and ultra-religious Jews of Poland who had no idea that Hitler had signed a secret pact with Stalin to partition Poland. They had no inkling of Hitler’s plan to invade via blitzkrieg on 1 September, 1939 and that they would be caught in his web.

Are we to believe that these Jews who were devout and pious, with deeply sounding Jewish names, who observed the minutiae of Jewish law pertaining to kosher and the Sabbath and prayed thrice daily for the Jewish return to Zion were punished with extinction while the “sinful” culprits of German Jewry mostly survived? And what of the more than one million children who were gassed and cremated who were utterly innocent of every sin? 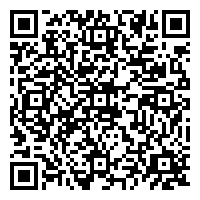