The morning after Bernie Sanders’s spectacular performance in the Iowa caucus, New York Post columnist Michael Goodwin, appearing on John Gambling’s radio show, commented on the Vermont senator’s liberal use of hand motions in his speeches. No surprise there, I immediately thought – he talks like an elderly Jew from Brooklyn, steeped in the use of pantomime. But that’s where the similarity ends.

The socialist challenger for the Democratic presidential nomination has been so reticent about his Jewish roots that the media have dubbed him the first “non-religious” contender for president. Leading up to the Iowa caucus, little mention was made of Sanders’s Judaism because of its almost nonexistent role in his life.


In a recent interview with the Washington Post, Sanders admitted to not believing in God in a traditional manner. He skirted the issue of belief by offering a vague definition of it. “To me,” he said, “it means that all of us are connected, all of life is connected, and that we are all tied together.” Not a startling admission from a Jew married to a Catholic who spent last Rosh Hashanah campaigning at Liberty University, the evangelical Christian school in Lynchburg, Virginia.

Sanders is nothing if not consistent. His quiet avoidance of anything Jewish, cultural or otherwise, is matched by his avoidance of identification with Israel in the political arena. He was one of only 21 senators during the 2014 Gaza war who didn’t sign Senate Resolution 498, which expressed support for Israel defending itself against “unprovoked attacks” from Hamas. Sanders boycotted Benjamin Netanyahu’s congressional address against negotiations for a nuclear accord with Iran and then supported the Iran deal. In a January 17 debate, he went to so far as to call on the United States to “move as aggressively as we can to normalize relations with Iran.”

While it is still a stretch to envision Sanders as the Democratic nominee and even harder to envision him winning the general election, the frightening takeaway of his surge in popularity is his overwhelming support among young voters. True, idealism is typically found among the young, and even older Democrats are holding their noses while supporting an embattled and imploding Hillary. But enthusiasm for the agnostic Sanders is proving that religion is not dying in America after all – it has simply found a new home. Income inequality, the environment, LGBT rights, and the demonization of Zionism are all part of the new Ten Commandments.

After seven lean years of a president whose agenda indicates he believes in nothing but himself, a divided America is ready for a more robust expression of faith from its next president. And whether it takes the form of Bible-laced references by Ted Cruz, or Donald Trump’s securing of an endorsement by evangelical leader Jerry Falwell Jr., or the deification of secularism by Sanders, the country seems ready to discard theological and political vagueness, if only because people are desperately focused on finding valid expression for their frustrations.

Separation of church and state notwithstanding, the Obama presidency has been a disastrous failure in the experiment of governing from a place far removed from the foundational values of Judeo-Christian beliefs. The steady retreat from divinely ordained rules that form the basis of this country has given us feel-good laws, politically correct madness, and dangerous forays into moral equivalency.

Without a moral compass rooted in faith, ten-percent tithing in Sanders’s world view becomes a ninety-percent tax rate, marriage between a man and a woman is just another option, and refusing to address by name the plague of Islamist extrmism is an admirable example of interfaith sensitivity. Years of pandering to those who proudly flout convention in media, government, and especially educational institutions have rendered America a society bereft of religious convictions and common sense. And it as left America polarized – a country deeply divided between those who drank the progressive Kool-Aid and those who rebel against it. 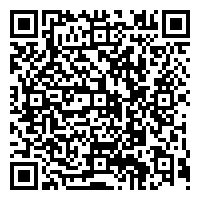