This reiterating is tiring, and the next time this type of news occurs please realize that if you become angry or shocked at what Arabs living in Israel are capable of, you have been drawn once again into the fantasy of the Israel wonderland. The rage that you feel during these times of consecutive barbaric atrocities should carry you throughout your activism, because the story does not change. Naturally, our westernized mindsets become desensitized to pain in the interest of peace with a civilized people. But this is not the case here, for with whom we are dealing, optimism is an immoral virtue.

Two recent unrelated studies in Israel contrast the extreme moral differences between Israelis and Arabs living in Israel. The first study, a Hebrew University poll, questioned the Arabs on whether they agreed with the Itamar Massacre. And the poll results demonstrated the uncomfortable truth: over 30 percent responded that they agreed with the massacre.

The second study focused on an Israeli reality show called “What do you think?” The show wanted to see how Israelis would react to a Muslim woman being discriminated against by an owner of an Israeli grocery store. The results were astoundingly different. Israeli customers unaware of the staged event overwhelmingly offered to pay for the woman’s coffee. They even started crying.

The incredible difference cannot be ignored if we are to retain our composure when incidents like these occur, and use that composure to enable us to justify our pro-Israel positions with logic and confidence. For example take the 2005 Soroka incident, when a pregnant Arab woman detonated herself at a checkpoint. Thankfully, she was stopped before making her way to Soroka Hospital. The woman was saved at Soroka two years earlier.

Just weeks ago, the Palestinian Authority’s minister for prisoners’ affairs awarded the family of Hamas suicide bomb mastermind Abbas Al-Sayed with an official plaque celebrating the anniversary of the infamous 2002 Passover massacre. These recurring examples clarify the issue. There are two very distinct visions for Israel, the Israeli’s vision of peace and, in too many instances, the Arab’s vision of destruction. Those living in the Israeli wonderland will constantly adjust their idea of peace with the constant spoilers of reality, and those who accept our neighbors for who they really are will be able to have real peace only by adequately defending themselves.

Practical activism must begin with your mindset. It means remembering what happens when you forget events. It means maintaining the passion you have during difficult times even when Israel is in a state of relative calm. Carrying Itamar with you will enable you to be unabashedly unapologetic when Israel pursues peace through building barriers, retaining checkpoints – and keeping our land. 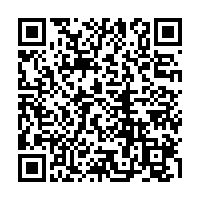