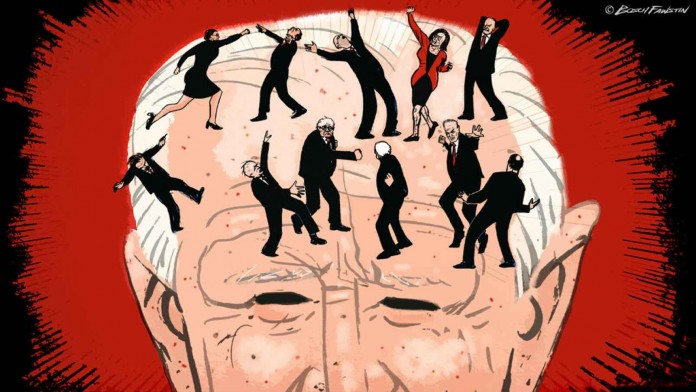 While the White House functions as the most expensive nursing home in the world, Capitol Hill is in a state of war, not between Democrats and Republicans, but a Dem on Dem fiscal war.

Normally a majority party with its guy in the Oval Office would turn to the administration to broker a deal, but the word is that Biden is “keeping a careful distance” from the battle. That’s sensible since Biden just got rolled by the Taliban and the French: he’s not up for the only thing that any government official will fight to the death for, not honor or country, but money.


Biden is the weakest man in the White House in a century. It’s not just age, which makes him a longshot for a second term, and has led to former opponents, many of them in the Senate, acting like they might run again in 2024, or a diminished mental capacity which precludes him from having much to say on anything except his love of ice cream and young girls.

After two generations in politics, people have yet to take Joe Biden seriously. Even sitting in the Oval Office, he’s a Rodney Dangerfield punchline who still can’t get any respect. There were a number of things weighing Biden down even long before his brain turned to jelly. He came out of one of America’s smallest states acting like he was presidential timber and humiliatingly blew his big shot with a plagiarism scandal. His corruption was legendary and politicians who are transparently for sale, like the Clintons, are generally seen as weak and easy to manipulate.

Mostly though Joe Biden was dumb. He had no ideas and the few ideas he had were terrible. The Senate is full of hacks, but Biden still stood out for sheer cluelessness and vanity. Biden is the only man in Washington D.C. to take himself seriously. That’s a power base of one.

When Obama picked Biden, it wasn’t because he respected him. Just the opposite. Biden was the opponent whom he respected the least. Obama wanted the anti-Cheney, an idiot who would pose no threat, look good in photos, and whom no one could conceivably pick to replace him. (Biden, having learned that much from his old boss, used the same criteria to pick Kamala.)

Indeed, Obama respected Biden so much that he refused to back his incumbent VP for the top job in the Democrat primaries in 2016 and 2020, and ridiculed him in leaked media quotes.

What was the selling point for Biden’s presidential candidacy? We’re seeing it right now.

Untethered from the White House, Democrat factions backed by competing megadonors are fighting it out. The mice are playing because the cat’s not only away, he’s not really all there.

But it’s not just Biden.

Speaker Nancy Pelosi has her job because she’s a pipeline to San Francisco’s donor class while Senator Schumer, her opposite number, is a pipeline to Wall Street. These aren’t legislative leaders, but two political hacks whose top skill is getting cash for their allies.

The trouble is that two can play at that game.

Lefty megadonors and business special interests are fighting over trillions in spending using the chess pieces they’ve funded over the years. And with narrow majorities, it doesn’t take much for the different factions, the radicals and the moderates, to take the entire process hostage.

On paper, the Democrats control the legislative and executive branches. In reality, they’re a house divided with no real leadership and no one able to have the final say. The real power has always belonged to staffers, but staffers work behind the scenes, they’re useless in a public power struggle. And the Democrats have no leadership and thus nothing but power struggles.

Legislative leaders like Pelosi and Schumer live in fear of lefties who control the culture. But their fear, of being primaried, of being drowned in cash from George Soros or Reed Hastings, is a non-issue to more moderate elected officials who operate out of red or purple states. And who have nothing but contempt for Pelosi and Schumer’s terror in the face of AOC’s Twitter account.

Weak leaders like Biden, Pelosi, and Schumer can’t reliably run anything. And in the absence of leadership, the other organizing principles, ideology, media and social media consensus, have proven inadequate to actually get things done. Ideologues can’t tolerate dissent and have no idea how to cope with it except by trying to destroy the source. Unable to actually destroy Manchin, the lefties glower hatefully and mutter dire threats, but have no idea how to persuade.

The old club where deals were struck and trillions in tax dollars were traded depended on leaders who might be unspeakably corrupt, but whose word to other members was solid. Manchin has conclusively demonstrated that legislative Democrats lack such leaders and that instead of having a solid plan for moving forward, they’ve been trying to pass the buck.

Biden’s weakness has become an apt metaphor for the weakness of a Democrat leadership that consists of staffers and donors moving hollow pieces with titles around a chessboard. Biden was supposed to be the last of the old Democrat lions, but he proved to be an incontinent pussycat. And Schumer, who was billed as being canny, has come off as whiny and ineffectual, more eager to stave off primary challenges than make the big decisions. And that leaves Pelosi who combines the worst traits of Biden and Schumer with boundless arrogance and unlikability.

The Left planned out an agenda based on being an unstoppable force that would smash through all obstacles using political terror, media pressure campaigns, and gratuitous violations of political norms and laws. But the unstoppable force keeps running into obstacles, judicial decisions, moderate resistance, that don’t quite stop it, but do slow it down. And the Left’s conviction that it can go over or around any obstacle have left it unable to deal with reality.

Legislative bodies work on compromise and depend on leadership. The ability of radical staffers to engineer legislative coups is being challenged by the realities of procedure and process. A generation of radical staffers was able to set the agenda in the Obama and Biden administrations, but their congressional counterparts are being thwarted by the checks and balances of a legislative system that has far more restraints on its power than the White House.

And, unlike the White House, the Senate works around the privilege of individual members which made the Left’s plan to simply force its agenda through a self-destructive effort.

The Left hasn’t lost. It will, one way or another, get most of what it wants. But the inescapable lesson here is that lefties have plenty of donors and activists, but lack leaders. The Biden administration offers the perfect opportunity of a leaderless White House that can do anything, but lead on nothing. The more the chaos grows, the more Biden’s approval ratings fall.

And the more voters are likely to turn to strong leadership to replace Biden’s empty chair. 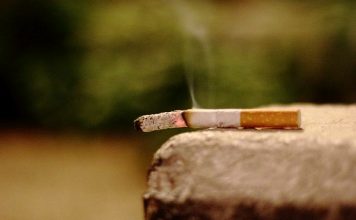 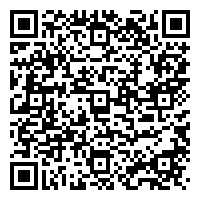