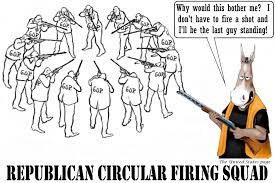 The circular firing squad is in session and a red wave, which had a thousand aspiring proud papas, is instead an orphan.

Everyone is blaming everyone else. As they should.

The midterms showed that we learned little from 2020. Few Republicans, outside Florida and Georgia, were ready for the systematic corruption of elections by the tide of Democrat ballots backed by massive voter registration machines and the new pandemic rules.

Republicans were played even worse this time around.

Then there was everything else. Republicans went into this as a divided party torn apart by infighting, internal politics, ego, personal agendas, greed and dysfunction and emerged the same way. Maybe even worse.

Consultants, celebrities and private agendas, as well as post-2020 infighting, kept good candidates from being nominated.

And while there were good candidates who lost, but there were also horrendously bad ones beginning with Mehmet Oz in Pennsylvania whom no functional party in touch with its principles or even basic sanity would have ever put its best for on the Senate.

Who’s to blame for that? Everyone.

There is no single scapegoat for this. Everyone who shaped the election gets a share of this disaster. And arguing otherwise is dishonest.

Going into this election, the Democrats were united and they had a plan. Republicans were divided and didn’t.

This was much less of a money issue than a party issue. Republicans lack a worldview, messaging, a real agenda and a systemic plan for winning. In its place, everyone is carving up the party for their own private agendas. 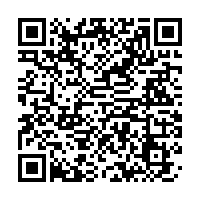