A copy of my 13-year-old granddaughter’s report card just arrived. I kvelled! Straight tov me’ods in absolutely everything. Her mother added just one word, “boring,” along with a smiley face.

This report card reminded me about my much more “interesting” report cards in those pre-P.C. days:


Math: I know your son is alive… I’ve seen him breathing in class. Mr. McNeil

Geography: Judging from the fact that he never seems able to locate my classroom, I am not optimistic that he will pass. Mr. Orr

We use the word “chinuch” for education, but “chinuch” actually means to launch or inaugurate (see, for example, Tehillim 30:1). The word reveals the Jewish perspective on education: It is the launch of a life, setting a course for the direction life will take.

When I studied education at Glasgow University, we learned about a fascinating experiment. The psychology department approached 10 elementary schools in the city and told the teachers they had developed a new kind of I.Q. test that could predict which children would be late developers. These tests were then administered to the pupils.

In fact, though, the psychologists had given the students a standard I.Q. test. Once they had all the scores, they took the three lowest ones in each class and announced to the teachers that their revolutionary test predicted that these three children would blossom and succeed in the following six months. And… all of them did. Why? Because what we believe about others – and ourselves – becomes reality.

Another educational trick we learned about was the following: A teacher tells an elementary class that it will soon begin an exciting new project that must be completed in pairs. Every student must name his first and second partner choice.

The teacher then gathers the children’s choices and makes a chart with all their names, drawing red lines with arrows from each kid to his first choice and blue lines to his second choice. Unsurprisingly, almost every red line will wind up heading in the direction of one kid: the class star. Second choices are slightly more varied, but teachers can easily see who the most popular children are in the group.

The point of the exercise is to identify the kids that have no lines – red or blue – reaching out to them. Teachers can then approach these children and help them overcome their social difficulties.

One of the most disastrous educational fashions in recent years is shielding children, not just from the sarcastic comments I used to find in my report cards, but from the truth about their actual scores. This is not an educational “trick.” It is an educational lie and, from a Torah standpoint, a toxic one.

The Midrash Rabbah says that Hashem made other worlds before this one. All of them were failures; only ours isn’t. The number of Hashem’s failures? A total of 974! The obvious problem here is that Hashem cannot make failed worlds; He cannot make mistakes. It’s impossible.

The answer to this enigma is supplied by Rabbi Nosson Tzvi Finkel of Slabodka. He explains that Hashem intentionally failed 974 times, and told us about them so we would know that the basis of our world is getting things wrong before getting them right. We are allowed, even expected, to make mistakes, and learning why we made a mistake provides essential insight so we can succeed the next time.

This crucial principle must permeate the way we launch and direct our children’s lives from the very outset. Recognizing, accepting, and learning from mistakes is the only way anyone masters a subject.

Jewish education combines belief in and concern for young Jewish souls during their formative years. It includes showing them that there is no shame in failure as long as we want to learn how not to fail next time.

It also produces an honest and gleaming report card that says “tov me’od” and delivers an abundance of kvelling – enough for teachers, parents, and, of course, those Jewish kids you believed in and turned into stars. 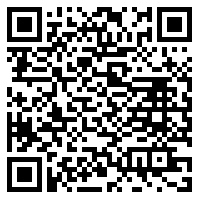