You’re probably reading this column a week before the close of what has been a very bloody year (bloody in the sense of really bloody, not in the sense of the British slang term.)

At the start of Rosh Hashanah, just before the evening service begins, it is traditional to recite the poem titled “Our Little Sister’s Prayer.” Each of the stanzas ends with the words “Let the year and its curses conclude!” – until the final stanza, which speaks of a revival of strength and the soon-to-come fulfillment of redemption and ends with the optimistic words “Let the year and its blessings begin!”


This year’s curses included the bloody kidnapping and murder of three young Israelis, the subsequent outrageous revenge burning of an innocent Arab youth, the missile storm from Gaza, and the bloody retaliation. So many innocent people were killed and injured on both sides.

And of course we all followed the heartbreaking story of the passenger aircraft shot down on the Ukrainian border, with the poor victims’ bodies left to decompose for days, unattended to, while family members cried oceans of tears.

And if all that were not enough to drive anyone “bloody” mad, we witnessed the advent of a new fundamentalist Muslim army that titles itself “the new Caliphate state of Islam” (ISIS), led by a charismatic human butcher who declares himself Muhammad’s gift to humanity – and therefore anyone who dares deny his authority is deserving of death.

Breathes there an American who was not repulsed and enraged when two of our fellow citizens were beheaded, on camera, by a young British rapper turned terrorist follower of the butcher of ISIS?

We know this bloody British terrorist’s name, and may I use a bit of American slang in saying: “This bum’s life ain’t worth a dime, he’ll pay for his savage crime in due time.”

Our wise King Solomon declared long ago that there is nothing new under the sun. What once was will soon be again. An example of this is the so-called Romantic Era at the turn of the 19th century, which was both a reaction to the Industrial Revolution and a revolt against the Age of Enlightenment, specifically its scientific rationalization of nature.

The Romantic Era validated intense emotion as an authentic source of aesthetic experience and played a key role in the development and growth of nationalism.

In that sense, early 20th century Russian socialism was a romantic awakening, winning the hearts of the masses, and leading to the advent and brutal reign of Communism.

Soon after that the world witnessed a new “Romantic Era” of Hitlerism, which would culminate in an unprecedentedly bloody world war and the torture and murder of millions of Jews, with the Nazis enjoying the enthusiastic assistance of masses of Europeans who pillaged, raped, and killed Jews while chanting in their bloodlust, “They killed god, and now they will finally pay!”

And today we are witnessing the failed Arab Spring, which lacked direction and caused instability across the Middle East. The execution of the tyrannical leaders Saddam Hussein and Muammar Khaddafi created gaping vacuums that were quickly filled by rebels of all denominations. The time was right for a bloody advent of Islamic Romance. A “romance” of suicide bombings, religious cleansing, and other horrors – all in the name of Allah.

How fortunate are we, the children of Israel, to have a Rosh Hashanah for repentance, a shofar to awaken heavenly mercy, and the reading of two enlightening Torah portions on the dawn of the new year.

Those portions are Nitzavim (standing firm) and Vayelech (moving forward). “These can imply,” the Lubavitcher Rebbe points out in the Gutnick Chumash, that “we stand strong with what we’ve learned while moving forward to handle all challenges” – in our day the phenomenon of Islamist fanaticism. 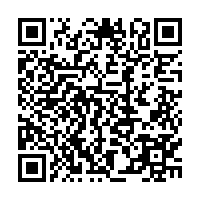