I’ve been feverishly working on a new Passover album featuring songs I’ve written over the years. I think it might be worthwhile to explain the circumstances behind the composition of the album’s title song. The words are a verse from the Prophet Hosea (11:1): “Israel is a child and I love him, and from Egypt I called to my son.”

I remember that when praying to find a wife, I assured Hashem that once I was married I would take my Jewish obligations much more seriously. B”H, at age 25 I was wed and began to learn Torah regularly and to daven in a more heartfelt manner.


One night, after three years of marriage, I felt bored and uninspired by the Shemoneh Esrei, which a Jew says during each and every prayer service. I also felt more alienated from God than I had before my marriage. That night, very late, I was alone in a room and began shouting, “Tell me who I am! I want you to tell me who I am, Hashem!” I hollered over and over again, waving a clinched fist toward the heavens. “Tell me who I am! Tell me who I am!”

Just when I felt God was about to answer me, my then- 9-month old son Binyamin began to cry from his crib in a different room. I knew by now that when that baby started weeping he would not stop until he got his bottle. I was thinking, “You were about to answer me but instead You purposely made my baby cry?” Suddenly I felt an itch around my left eye and began rubbing it in a circular motion, soon realizing I was rubbing my eye to the rhythm of my baby’s cry.

Hashem was indeed sending me a message. He was answering my cry. Just to be certain, I said, “OK, if I pull my hand from my eye and Binyamin instantly stops crying, it will be clear to me that this is your answer to my demand to know, from You, who I am.”

I pulled my hand from my eye and at that second little Binyamin stopped crying. It was unbelievable. I said to Hashem, “I know he’s going to start crying again.” I inclined my ear with my hand and waited, but, no, my little son had gone back to asleep.

“OK,” I said to God. “You’re calling me a crybaby? Or are you telling me I’m a child crying in the night for his father’s cuddling?

Dov, go to sleep, it’s late, I told myself and went off to bed.

The next day during work, I couldn’t stop thinking about the previous night’s experience. Later in the afternoon, I went to learn Torah with my father, and while I was alone in his library I saw a red-covered volume on a bookshelf that I instinctively pulled it out. It was titled Reb Nachman of Breslov (written by a Tel Aviv professor, and no longer available in print). I opened it to a random page and saw comments on the verse in Shemos (2:6), “She opened the cradle [hosting little Moshe Rabbeinu] and behold the lad was crying, and she had pity on him.”

Reb Nachman asked, Why does the verse say “lad”? Moshe was a little baby, not a lad. And why did she have pity on him, when all male babies, Jewish and Egyptians, were being cast into the Nile? Reb Nachman answered, quoting the verse cited above from Hosea: “Israel is a lad and I love him, and from Egypt I called to my son.” Moshe was not crying regular tears but rather the unique tears of the Jew who yearns to be close to Hashem. And then my eyes nearly fell out when I read: These are the tears of a baby crying in the night for his father’s cuddling.

Reb Nachman’s words were sent from above to explain that the previous night Hashem had been responding to my request, telling me, through my baby’s cry, that I was at that moment crying the same tears – the tears of our nation to be close to Hashem. In joy and thanksgiving I composed a song to those words, which will now be the title track of my new album, “From Egypt I Called to My Son.”

Allow me shed a tear, on behalf of everyone at The Jewish Press, for the untimely loss of the brilliant scholar and JewishPress.com columnist Barry Rubin. In one of his recent columns, Barry attempted in every logical way possible to explain Benjamin Netanyahu’s decision to release 104 convicted murderers of men, women, and children in gruesome terrorist attacks. Barry concluded that it was simply illogical.

Netanyahu, in freeing these terrorist murderers, violated one of the Seven Noahide Commandments – namely, to institute legitimate courts to enforce the other six commandments. One of those commandments, of course, is “Thou shalt not kill.” Only in Sodom were there courts that encouraged murder, and the Dead Sea is our reminder of this.

One of Yasir Arafat’s most common expressions was, “Whoever disagrees with me can drink the water of the Dead Sea.” This is how I view the actions of our prime minister – he must have chugged an entire jug of that water!

I believe I am speaking for all of Am Yisrael when I urge Prime
Minister Netanyahu to demand the release of our brother Jonathan Pollard. This might just fix the tremendous worldwide chillul Hashem caused by Netanyahu’s foolish release of terrorists. Bibi, don’t leave the U.S. without Pollard. I’m sure Barry Rubin, may his memory be a blessing, is urging the same from above.

Purim Sameach to all. 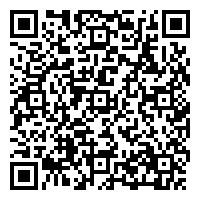