I just celebrated the 29th anniversary of my aliyah to Israel. I have experienced two intifadas, the disastrous results of the Oslo agreements, the assassination of a prime minister, and the tragic expulsion of thousands of our citizens from their beautiful homes in Gush Katif.

I also had a close brush with two terrorist attacks.


The first, in 1994, was two weeks before Purim, as I headed to Hebron Wineries to pick up wine that was owed to me.

On the way, a car of suspicious-looking Arabs passed my car and I was wise enough to dangle my Uzi submachine gun out the car window. Moments later, I pulled up behind a car that had just been attacked by those very Arabs, and saw three wounded Jews. Thankfully, they all survived, as they were treated by Dr. Baruch Goldstein.

Shortly afterward I was forced off Arutz Sheva Radio when the government claimed that certain statements I had made jokingly on Purim night may have instigated Goldstein’s Purim attack in Me’aras HaMachpela which left 29 Arabs dead.

I had a regular listener named Benjamin Netanyahu, the new head of the Likud Party.

“I like the way you speak,” he once told me. Twice he asked me to come to his office and said, “I’ll help you get back on the radio.” I declined, knowing that if I accepted his offer, every word I uttered would be scrutinized by a government that was anti-freedom of speech.

The other terrorist attack that directly touched me occurred during Chanukah 2001, when two suicide bombers blew themselves up and killed eleven Jews in Jerusalem’s Zion Square.

One of the bombers blew himself up right under my second-floor office window. As I sat typing a newspaper article, I heard a deafening blast, followed by a large ball of flames that rose above my windows. Before I knew it, the window glass came splattering into my office and all over me.

Moments later, I looked down from my terrace and saw the bodies of five victims. Three of my children then told me how, baruch Hashem, they had miraculously left Zion Square just before the attack.

I write this article as the Israeli government is releasing twenty-six murderous terrorists, with another seventy-eight anxiously awaiting their turn to be set free. This as a “good will” gesture to the Palestinian Authority for agreeing to return to the table and talk peace with us.

To say I’m baffled is an understatement. I’m simply at a loss for words.

The Jerusalem Post’s Caroline Glick, who has always been pro-Netanyahu, called him “a coward” and stated that “The most important question for Israel today, then, is whether our leader is capable of being anything else.”

Over the weekend the prime minister underwent emergency hernia surgery. As he recuperated, I decided to put a very large ad on the front page of Monday’s Jerusalem Post to send the following special message to him, in the hope that having had his own flesh cut open during the hospital procedure, he would consider how many of his fellow Jews had their flesh torn apart by the terrorists he agreed to free.

I informed Netanyahu that 26 is the numerical sum of the letters of Hashem’s name and 26, four times, equals the sum of 104 – the amount of convicted terrorists he agreed to release.

“It should be obvious to you that you are getting a message from ABOVE before you make the mistake that endangers our survival,” I continued. “You just wrote Secretary of State John Kerry that Mahmoud Abbas continues to incite in the Palestinian media, as he sits to ‘talk’ peace! This is an opening for the cabinet to rethink and revote their tragic mistake.”

I also suggested that this is occurring “as a comeuppance for starting up with the roshei yeshiva and the yeshiva world by voting for the Equal Burden Law without properly consulting with those tzaddikim that have led our survival as a nation for 2,000 years of exile.” 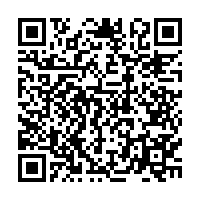