With the stroke of his pen, the Palestinian leader sealed the fate of the peace process, effectively declaring an end to any chance of reaching an agreement with the Jewish state.

Under the terms of the Doha deal, Abbas will head an interim joint Fatah-Hamas government that will lay the groundwork for Palestinian presidential and parliamentary elections in Judea, Samaria and Gaza.

The two sides also agreed to discuss the formal incorporation of Hamas into the PLO, which would transform the fundamentalist terrorist group into a primary component of the Palestinian leadership.

At the signing ceremony, Abbas and Mashaal both stressed that this was no charade. “We are serious,” said Mashaal, “in healing the wounds and ending the chapter of division and reinforcing and accomplishing reconciliation”, adding that Fatah and Hamas are determined “to resist the enemy [i.e. Israel] and achieve our national goals.”

Abbas also emphasized that “this effort will be implemented in the shortest time possible.”

The signing of the pact marks a critical stage in the implementation of the Fatah-Hamas reconciliation agreement initialed in Cairo just nine months ago, and it underlines the fact that the two groups are moving closer towards unity.

Make no mistake. The forging of this agreement constitutes a strategic choice by Abbas to embrace extremism and toss aside two decades of dialogue with Israel. It is a farewell to peace and there should be no illusions about its meaning or significance.

After all, Hamas remains an uninhibited enemy of Israel, dedicated both in word and deed to its destruction.

The group’s charter says unequivocally that “Israel will exist and will continue to exist until Islam will obliterate it, just as it obliterated others before it.” And it champions the use of jihad as the only “solution for the Palestinian question.”

Moreover, ever since Hamas seized control of Gaza in 2007, it has used the territory as a launching pad for attacks against Israel.

Just since the beginning of last year, Palestinian terrorists in Gaza have fired more than 390 rockets and 240 mortar shells into southern Israel. And Hamas continues to receive aid and support from Iran, which includes more advanced and precise weaponry.

Anyone who thinks Palestinian unity will have a moderating effect on the masked gunmen of Hamas is therefore deluding himself. If anything, the unity agreement will only further radicalize the already immoderate members of Fatah, as they will find themselves competing for support from the Palestinian masses.

This impact is already beginning to be felt. Since signing the agreement, Abbas has adopted an even harsher tone towards Israel.

Speaking to the foreign ministers of the Arab League in Cairo, the Palestinian chairman laid out a series of maximalist demands, insisting that Israel cease all housing construction in Judea, Samaria and Jerusalem, negotiate on the basis of the pre-1967 borders and release Palestinian terrorists from prison.

Failure to do so, Abbas warned, would lead the Palestinians to go back to the United Nations and seek unilateral international recognition of a Palestinian state.

This extreme and uncompromising stance is a recipe for failure. Abbas knows perfectly well that Israel cannot and will not accept such terms, and he refuses to make a single concession of his own, instead placing the burden entirely on the Jewish state.

Not surprisingly, Prime Minister Benjamin Netanyahu was highly critical of Abbas’s remarks, issuing a statement that said, “Abbas’s speech showed he is turning his back on peace. Instead of engaging in negotiations that would bring an end to the conflict, Abbas prefers to link to the terror organization Hamas – the same Hamas that embraces Iran.”

And that is truly the case. We are witnessing a calculated shift in the makeup of the Palestinian Authority, one that will further strengthen the forces of rejectionism and pose an increasingly dire threat to the future of Israel.

If Hamas were to prevail at the ballot box in Palestinian elections, it would put the terrorist movement at the helm in Ramallah, just minutes away from the heart of Israel. The political, military and diplomatic ramifications of such a development would be frightening.

Ever since the signing of the Oslo Accords in 1993, various commentators have warned that creating a Palestinian entity adjacent to Israel was a formula for disaster. In light of recent events, those predictions are now looking undeniably prescient. Before long, Israel may wake up to find an Iranian-allied Palestinian Islamist regime at its doorstep.

It is therefore time for the international community to stop deluding itself and accept the cold, hard truth: thanks to Palestinian obstructionism, the peace process has reached a dead end. 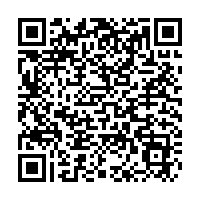