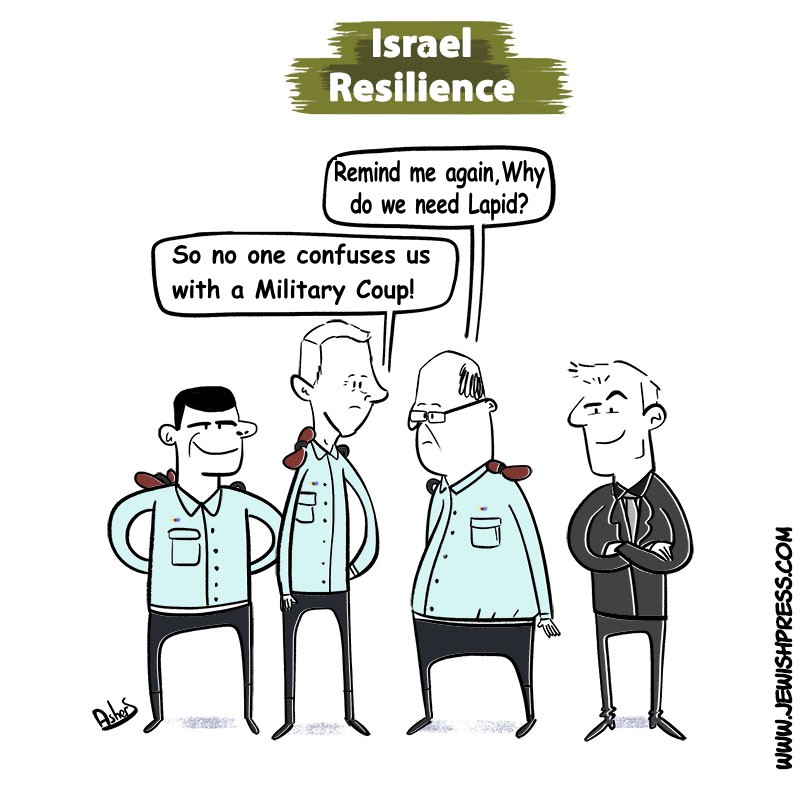 With less than two months to go before elections, much of the hype in the media has been focused on the parties vying for Israel’s Center, which ostensibly occupy the middle ground of the nation’s political spectrum.

The two prime examples of this phenomenon are Benny Gantz’s Israel Resilience Party and Yair Lapid’s Yesh Atid, which some polls indicate could muster a combined total of more than one-fourth of the seats in the Knesset.

That means that a quarter of the electorate is considering casting a ballot for parties that are viewed as neither Left nor Right, but, rather, firmly ensconced somewhere in between.

THERE IS, however, one small problem with this scenario. The Center is a myth, an optical illusion created by power-hungry politicos with little to offer in the way of a coherent ideology or a set of polished policy prescriptions.

Like a mirage in the desert, the Center, to undecided voters, appears to be an oasis, a place where they can go to rest under swaying palm trees alongside an inviting body of water. But just as the weary traveler in an arid wasteland who gets a closer look quickly realizes, it is little more than an apparition, a figment of the imagination with no basis in reality.

Take, for example, Gantz’s alliance with former defense minister Moshe Ya’alon. Other than the fact that both men served as IDF chief of staff, what do they actually have in common? Ya’alon opposed the Oslo process and denounced the 2005 withdrawal from Gaza. But in an interview last week with Yediot Aharonot, Gantz praised the Gaza retreat and even suggested applying the model to other territories under Israeli control.

If their views on an issue as basic as unilateral withdrawal are so at odds, what glue is holding them together other than a desire to win seats in parliament?

And that is just the problem. In Israeli politics, the middle ground is actually the muddle ground, where refugees from the Left and Right often go to hide under the innocuous title of “centrist,” in the hopes of fooling enough voters to cast ballots for them.

Indeed, it was just 20 years ago this month, in February 1999, that a handful of politicians from across the spectrum joined together to form the Israel Center Party as a means of challenging then-Prime Minister Binyamin Netanyahu’s Likud and Ehud Barak’s Labor Party.

Among those behind the initiative were former defense minister Yitzhak Mordechai, Dan Meridor and David Magen of the Likud, Nissim Zvili and Hagai Merom of Labor. Though the party won six seats in that year’s election, within just four years it had disintegrated, and several of its leading members went back to the parties on the Right and Left from whence they came.

And then, of course, there was Kadima, which was founded by Ariel Sharon in 2005 after he broke away from the Likud and enticed various right-wing and left-wing politicians to join him. Although Kadima won the most seats in the Knesset in both the 2006 and 2009 elections, by 2015 it had disappeared, largely because as a “centrist” party it was bland and did not seem to stand for anything.

And that is precisely the issue with parties in the middle such as those established by Gantz and Lapid. They define themselves not by what they are or what they believe in, but rather by whom they oppose.

When pressed, they offer airy platitudes but not much beyond that.

In an interview with Ynet this past Sunday, former foreign minister Tzipi Livni, whose centrist Hatnua faction is unlikely to pass the electoral threshold, tried to proffer a definition of what being in the Center means.

“The Center,” she said, “is an ideology consisting of the approach that Israel is the state of the Jewish people and it also has equality. It is a worldview that says that we will strike at terrorism without suitcases of cash, but we will also make connections and undertake a process in an attempt to separate from the Palestinians.”

In other words, the Center is a mishmash of ideas with a little bit of everything, which is intended to appeal to everyone while satisfying no one. It is a clutter of clichés and nothing more.

Can anyone who supports Gantz, Lapid or Livni clearly articulate just what it is they believe in? Say what you will about the Left or the Right, but at least both have an ideological anchor. The same cannot be said of the Center.

There are, of course, times in life when moderation is called for and a true center path can be found.

But in the case of Israel’s centrist parties, the seemingly harsh analogy offered by 19th-century Rabbi Menahem Mendel of Kotzk seems far more applicable: “The two sides of the road are for human beings. Only horses walk in the middle.” 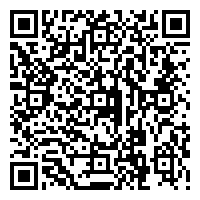