Home InDepth Columns In A Language Of Lies, Don’t Lose To Wordplay
Share on Facebook
Tweet on Twitter
Americans understand the power of wordplay. When pro-abortion activists were fighting an uphill battle in the ’90s, trying to gain public support for their cause, a very shrewd marketing company insightfully changed the language of their debate. The debate was no longer about abortion; now it was about “choice.” The contentious question, “Are you pro-abortion?” had a new compelling answer: “No, I’m pro-choice.” Language effectively changed the abortion issue, successfully focusing on the mother while disregarding the plight of the child. There is another roiling debate, this time concerning Israel, and you can help reframe it.

“Hakol kol Yaakov – Our voice is the voice of Jacob.” This power of the voice that was granted to us, that defines us, and that we as a people are known to use, is a real and powerful tool. It is far more effective than the sword, more potent that Esau’s hands. Reality is created by the words we use. This is our tool, and the Arabs are using it to their advantage. And what is even more distressing is that we are using it to their advantage too. It’s time we reclaim our voice, our power – and effectively the debate.

Jordanians had smoothly adopted a label and nationality that comes from biblical times, which was used universally for Jew or Arab living in Palestine before 1948. Their jargon is so cunning that it continues to make the liberal and unassuming layman believe that these Jordanians are the same people who lived in Israel proper some 3,000 years ago, and are thus entitled to a country called Palestine.

In 1967, Jordan attacked Israel and lost the war. Accordingly, under all international pretenses, Judea and Samaria were now officially back under Jewish control, as they had biblically been for 3,000 years. So what to do now with all these ex-Jordan Arab residents of Judea and Samaria? Not a single Arab country was about to absorb their Arab brethren, so a different idea had to be implemented. Not interested in being responsible for their own refugees, Jordan decided that any Arab living in Judea and Samaria was a separate people – not of Jordan or Israel, but of Palestine. Though Judea and Samaria were under Israeli, and not Jordanian, rule at the time, Jordan unilaterally declared that, “Every person residing in the West Bank before the date of 31/7/1988 will be considered as [a] Palestinian citizen and not as Jordanian” (Article 2, Amendment to the Jordanian Nationality Law). And henceforth, through the stroke of a Jordanian pen, a Palestinian people were born – in 1988.

But a nation also needs a homeland, a territory they can call their own. Luckily for Jordan, in 1950, almost 40 years before the new Palestinian existed, Jordan coined the term, “West Bank.” In 1948, after the State of Israel was created, Jordan kicked Jews out from Judea and Samaria and renamed the territory. The term “West Bank,” which the international community has embraced, is so important to the Palestinian cause that now, in 2010, Wikipedia no longer allows edits which refer to the West Bank as Judea and Samaria. A Palestinian West Bank is more convenient for a Palestinian cause than a Judea and Samaria that is populated by over 350,000 Jewish Israelis.

This subconscious, persuasive vernacular is evident in every phase of the conflict and has encroached into our everyday speech, affecting the way we perceive the conflict. But more important, it influences the reality on the ground and our position when making a case for Israel.

The following phrases creatively implanted the false notion that Israel does not rightfully belong in her own territories: Words such as “occupied,” “occupation,” and “settlements” now refer to Israelis rather than the true Arab occupiers and settlements. “Giving away land for peace” that Israel has won is now “giving back land for peace.” “Displaced” or “disowned” Jordanians with the help of the uninformed and ignorant have effectively become a “Palestinian people.”

Israel cannot occupy her own country. There is no justifiable reason to continue using phrases that merely empower falsehoods. I invite people to send me more misleading semantics.

·         Call them “displaced” or “disowned” Jordanians, not the historically unrelated “Palestinians.”

Yossi Cukier is
co-founder of The Activist Network, along with Dina Kupfer and Ari Lieberman. Please note that all petitions, letters, phone numbers, etc., can be found at theactivistnetwork.wordpress.com. The group welcomes suggestions for pro-Israel and pro-Jewish projects and events.
Advertisement 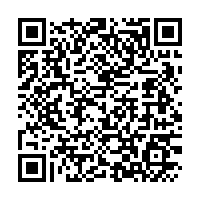