Faith schools in Britain just got a little more faithful – as in one more faith per school. In an effort to promote religious tolerance and offset extremism, the British government has mandated that faith schools (state-funded schools teaching a combined general and religious curriculum) be required to teach two faiths as part of their syllabus.

Education Secretary Nicky Morgan’s wish for religious studies students to gain “different perspectives” on faith has become a reality. But what Morgan’s initiative will actually accomplish remains to be seen.


Last year, England’s chief rabbi, Ephraim Mirvis, led protests by Orthodox Jewish schools against these educational guidelines before they were officially rammed down students’ notebooks. Now these guidelines have become law, forcing students with a religious studies syllabus to learn the details of a religion not their own. Worse, the new rules cut down by a quarter the amount of time faith schools can dedicate to the study of their own religion.

Rather than continue to condemn these draconian guidelines, Rabbi Mirvis has, sadly, done an about-face. While decrying the 25 percent cut in time allotted to Jewish studies as a “serious loss for Jewish education in our schools,” he has called on the country’s Jewish schools to include Islamic studies in their curricula.

Two weeks ago, a spokesman for Rabbi Mirvis told the (London) Jewish Chronicle, “It is more important than ever that our children have a better understanding of Islam and that we build strong relationships with British Muslims. As such, the chief rabbi has recommended that schools take this opportunity to teach students Islam, a faith which is widely discussed but often poorly understood in public discourse.”

In a show of reciprocity, the heads of a British network of Islamic schools announced that they will recommend teaching Judaism in their constituent schools. Ashfaque Chowdhury, of the 130-member strong Association of Muslim Schools, said he would “primarily” push Judaism, rather than both Catholicism and Judaism, “to show respect” to Chief Rabbi Mirvis.

How this new love fest will play out should not be anyone’s guess. If history is a correct indicator of predictability, we should look forward to more of the same. Much of Muslim extremism and anti-Semitism derives precisely from its own educational system – its clerics, its teachers, its schools.

And Muslims already do teach about Judaism. Their instructors advocate koranic teachings of Jews being descendants of apes and pigs, discredit the biblical and historical ties of the Jews to their homeland, and push a distorted Palestinian narrative. We can now expect Muslim faith schools in England to spend 25 percent more of their time doing just that.

This comes at a time when figures show that anti-Semitic crimes against London’s Jewish community increased by 93.4 percent over the past year, and attacks in the UK as a whole rose by more than 50 percent. A study published by the Institute for the Study of Global Anti-Semitism and Policy last May confirmed that the worst crimes against Jews in Europe are perpetrated by European Muslims, who have been responsible for a “disproportionate” number of anti-Semitic attacks over the past fifteen years.

Global Islamic terrorism, and specifically terrorism aimed at Jewish targets in Israel and elsewhere, indicate that Islamic indoctrination is the biggest culprit. And indoctrination starts in settings like religious schools, upholders of shariah law.

Of course, Jewish schools already educate their students about the “religion of peace” – from a biblical and historical perspective. And while Orthodox Jewish education is halacha-based, Judaism can never be accused of calling for arms against anyone other than in self-defense. No Muslim has been stabbed in the back by a Jew or blown up by a Jewish suicide bomber as a result of authentic Jewish teachings.

Ironically, the new rules governing British faith schools can be juxtaposed with a report this past month by the Commission on Religion and Belief in Public Life calling for Britain to be systematically de-Christianized. The report cites a major shift away from Christianity, with the number of people describing themselves as having no religion jumping from less than a third of the population to almost half in just thirty years. It also advocates phasing out faith schools, which it describes as “socially divisive.”

If faith is on the decline in England, why force faith schools to split their time by compelling them to teach another faith? The current risk to non-Muslim faith schools is not that they are divisive but that they are declining. With Muhammad the most poplar name among newborn British boys, non-Muslim schools should be spending more time on their own curricula instead of adding on another. Or the real peril becomes producing jacks of all faiths and masters of none.

Benjamin Perl, who was awarded an MBE and is the unofficial British Jewish Minister of Education, is hoping schools will try to find a solution to this crisis but is concerned that the new laws target is targeting many marginally religious Jewish children and thus “affecting the people that we most don’t want to be touched by it.”

Maybe the time has come for British Jewry to examine whether accepting state funding for faith schools is justified if those funds contribute to the decline of that faith. And perhaps the idea of aliyah to Israel, where Orthodox Judaism can be safely taught, should be added to Jewish students’ curricula as well.

Either way, Rabbi Mirvis’s position is disheartening and disturbing. While he may not have had a choice but to accept the new law, he need not have been so enthusiastic in embracing it. Or in choosing the one religion that today is the most threatening to his own. 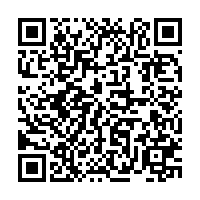