It is critical to note the solid legal basis for the position that no part of Jerusalem is actually “occupied.” As Prime Minister Netanyahu has said, “hypocrisy and ignorance” abounds regarding this matter.

Jerusalem can simply not accurately be termed “occupied” – for no modern-day country other than Israel was ever legally sovereign over it. Yes, Jordan controlled the eastern half of the Holy City between 1948 and 1967, but no nation in the world other than Britain and Pakistan recognized this. For this reason, as well, Article 49 of the Fourth Geneva Convention – which states that an “occupying power” may not “deport or transfer parts of its own civilian population into the territory it occupies” – does not apply.


The Geneva Convention does not apply to Jerusalem and Judea and Samaria for other reasons as well: Israel did not deport or transfer its citizens to the areas in question; they went voluntarily. In addition, Jews have a solid legal right to live in these areas, as stipulated in Article 80 of the United Nations Charter. Finally, the Convention’s goal of protecting innocent citizens from Nazi-like atrocities is clearly irrelevant to the circumstances of the Israeli presence in Jerusalem, Judea and Samaria.

In conclusion, let us quote Dr. Jacques Gauthier, a non-Jewish Canadian international human rights lawyer who has been knighted by the French Government. He spent 20 years researching the legal status of Jerusalem and authoring a 1,300-page dissertation on the topic, and his conclusion is: “Jerusalem unequivocally belongs to the Jews, by international law.” 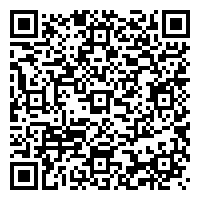