Our capital was not arbitrarily chosen, as capitals of some other nations were. Jerusalem was rather chosen for its national history, religious sanctity, and inherent importance. The same is true, of course, for the entire Land of Israel – and our claims to both rely on our profound and unshakeable perception of this truth.

Further, giving away problematic areas has proven to be downright dangerous. Consider the following three examples:


Moshe Dayan, his many merits notwithstanding, “gave away the keys” to the Temple Mount immediately after the Six-Day War, and up to this very day that holiest of sites has been a source of Arab national confidence – while Jews are not even allowed to pray there.

Nine years ago, Ariel Sharon assured us that our “disengagement” from Gaza would improve Israel’s security. This promise has been smashed by the thousands of rockets that have since been fired at Israel.

And finally, only two weeks ago, Prime Minister Netanyahu told Hamas that “quiet would be met with quiet” – i.e., “if you don’t shoot, we won’t, and we will leave you alone in Gaza.” As Netanyahu himself later implied, this was merely a ploy, based on his confidence that Hamas would not accept the proffered ceasefire, enabling Israel to legitimately attack the missile stockpiles and tunnels network in Gaza. But the very missiles and tunnels we are now attacking in Gaza show how dangerous it would have been to actually adopt the “quiet for quiet” approach: Running away from a problem does not solve it.

(Missile defense expert Uzi Rubin of the Begin-Sadat Center for Strategic Studies says that given two years of “quiet for quiet,” Hamas could possibly prepare missiles with chemical warheads, which could overcome the Iron Dome defense system.)

Running away from problems in Yerushalayim similarly does not solve them. Turning our heads away on either the local level (by individual police officers) or on the national level will only endanger our very presence in Jerusalem in particular, and in Israel in general.

At this time (early Monday), as reports inch in of additional casualties in our just war for the right to live in our land, we pray, in the words of Isaiah, that “On your walls, O Jerusalem, I have appointed watchmen…. give Him no rest, until He establishes and makes Jerusalem a praise in the land.” 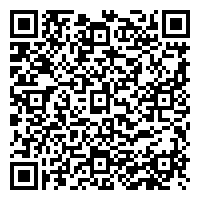