But, really, to what long-term or ultimate end?

Yes, the law of armed conflict, Cicero notwithstanding, can likely mitigate some suffering in certain circumstances, both inter-national and intra-national. (Cicero’s phrase is “Inter arma silent leges” – “In times of war, the law is silent.”) But will such law ever amount to much more than tinkering at the peripheries of what is truly important?


(To Be Continued)
Louis René Beres, strategic and military affairs columnist for The Jewish Press, is professor of political science at Purdue University. Educated at Princeton (Ph.D., 1971), he lectures and publishes widely on international relations and international law and is the author of ten major books in the field. In Israel, Professor Beres was chair of Project Daniel. 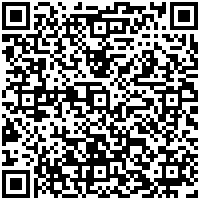