How desperately I would like to be more “positive” in these columns. Like my ever-faithful readers here at The Jewish Press, I would dearly welcome an opportunity – any opportunity – to discover some real evidence of genuine progress toward peace in the Middle East. But, as always, we Jews are especially obligated to look squarely at things the way they are. Recalling our history as a people, we simply should not expect that our most optimistic inclinations will somehow be wished into truth.

And the truth, my dear readers, dreary as always, remains unassailable. In fact, threats to literally annihilate Israel are now unremarkable. Almost nowhere do we find any reason for camouflage or concealment. Were it not for Israel’s “bomb in the basement” – its still-unacknowledged nuclear force – these openly genocidal threats would represent much more than verbal bluster. Nonetheless, barring any last-minute Israeli preemptions (anticipatory self-defense under international law), Iran’s ascent to full membership in the Nuclear Club is now less than several years away.

Such membership may also coincide with a persisting Iranian leadership belief in the Shi’ite apocalypse. Israel, therefore, might soon have to face not only Palestinian suicide-bombers, but also what amounts to the “suicide bomber” in macrocosm.

Let us never forget the truth that still stares us in the face. The goal of all Israel’s Islamist enemies is simply Jewish extermination. Significantly, this goal is not hidden. In the bitterest of ironies, our ancient nation that was ingathered and reborn to prevent another Holocaust has now become the explicit and determined focus of a second “Final Solution.”

In essence, the goal of all Israel’s enemies, especially Iran and the still-impending Palestinian state, is to be left standing while Israel is made to disappear.  For these enemies, there can be no coexistence with Israel. Never. This is because their own indispensable survival presumably requires Israel’s extinction.

Here in the U.S., President Obama does not appear to understand. Again, Mr. Obama has extolled the clichéd virtues of an altogether twisted cartography. Ironically, in the fashion of his predecessor, Mr. Obama also favors the “Road Map to Peace in the Middle East.” Yet, like the ill-fated Oslo Agreements that came before, this one-sided plan is still premised on Israel’s coerced acceptance of land for nothing.

It would be a fatal mistake for Israel to believe that Reason and Justice govern the world.  It would be a grievous error for Israel to continue to project its own Western, rational and humane sentiments upon the most relentless and barbarous Jihadistfoes.  It would assuredly be a “life risk” for Israel to seek to endure by continuing to cling to numbingly false promises and manifestly false hopes.

Barack Obama will not save Israel. Once Iran has decided to launch nuclear missiles at Israel – possibly a plausible prospect in a few years, Washington’s only real assistance would be to help Jerusalem bury the dead. And for this, whole Israeli cities would have to be transformed into a giant cemetery.

Whether in Gaza, Judea/Samaria or Tehran, Israel’s Jihadistenemies wish to kill Jewsbecause any such homicide is always felt to be a sacred obligation. For these enemies, killing Jews is indisputably a praiseworthy expression of religious sacrifice. Such killing is expected to confer immunity from personal death. Could there ever be a more precious or compelling expectation?

The idea of death as a zero-sum commodity – “I kill you; I therefore remain alive forever” – has been explained elsewhere. It is captured perfectly, for example, in Ernest Becker’s grotesque paraphrase of Nobel Laureate Elias Canetti:  “Each organism raises its head over a field of corpses, smiles into the sun, and declares life good.”

To stay alive, Israel must finally understand what Otto Rank had once revealed in his Truth and Reality:  “The death fear of the ego is lessened by the killing, the Sacrifice, of the other; through the death of the other, one buys oneself free from the penalty of dying, of being killed.” This very difficult and subtle insight is at the very heart of Islamist orientations to Israel. It explains almost everything about these genocidal orientations.

Israel’s enemies, in order to remain standing – and to prevent Israel from standing up – seek to sacrifice the Jewish State on an endlessly blood-stained altar of war and terrorism.  Sacrifice is central to what is now happening in the Middle East. Genocidal destruction of Israel is integrally part of a system of religious worship that is directed toward an enhancement of life, and – simultaneously – the conquest of personal death.

The true source of global influence is power, and the highest expression of power is always the conquest of death.  For Iran, and for that proposed government (Hamas, Fatah, it makes little difference) of executioners now battling each other for control of some future Palestinian state, killing Jews – indeed, killing Israel itself – offers an incomparable fusion of private ecstasy and personal survival. These sworn enemies of Israel are more than dimly aware that in killing Jews and in “killing” Israel, they will also have killed their own death.  For the Islamist “martyr,” whether as a terrorist individual or as a murderous individual writ large, killing Jews and the Jewish State is the optimal way of affirming life.

The overwhelming security costs to Israel of former Prime Minister Ariel Sharon’s Gaza “disengagement” are now plain to see. To the extent that Hamas continues to collaborate closely in Gaza with al-Qaeda, these costs may soon also have to be borne by citizens of the United States. Hamas has begun to allow al-Qaeda to fashion various terror weapons and tactics for potential use in New York, London, Washington and certain other selected “crusader” targets in the West. It is finally time for an American president to recognize that Israel’s implacable enemies are also the sworn enemies of this country. Indeed, with such recognition, Israel would stand a far better chance of meaningful U.S. support and consequently of long-term security.


LOUIS RENÉ BERES (Ph.D., Princeton, 1971) lectures and publishes widely on Israeli security matters.  His work is well-known in Israel’s political, military and intelligence communities, and to these same communities in the United States. Professor Beres is Strategic and Military Affairs columnist for The Jewish Press. 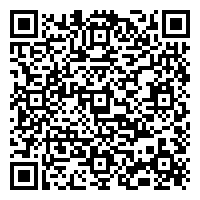