When this happens, the reaction of “ordinary” Palestinians will be exactly the same as it was on September 11 – absolute jubilation.

The reverberations will also be felt outside Israel. Despite steadily receiving large amounts of U.S. tax dollars, all Palestinian organizations, both official and non-official, remain deeply involved with, and sympathetic to, anti-Israel terrorism. For its part, Israel remains at the very front line of anti-terrorist engagement for the United States. For American policy, of course, Israel is still the “canary in the mine.”


Any Palestinian state would have an injurious effect on Israel, and therefore a correspondingly debilitating effect on U.S. security. After “Palestine,” Israel’s security would require, among other things: (1) a far more comprehensive nuclear strategy involving deterrence, preemption, and war fighting preparations; and (2) purposeful enhancements to a corollary and interpenetrating conventional war strategy. Without such strategic and tactical improvements, America – not just Israel – would be at substantially greater risk than had existed before “Palestine.”

Originally published under the title, Statehood, War and Terror: The UN Plan for ‘Palestine’ and its Aftermath (Part I). Part II will be available next week. 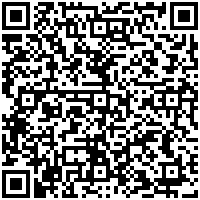