If you were unable to answer those two questions, then you actually answered both of them correctly.


Every party ran on a platform that emphasized concern over the rising cost of housing and promises to lower them. And not a single one exhibited the least bit of understanding of what caused increases in housing prices in the first place.

With Iran building nukes and Palestinian terror and intransigence growing worse by the day, the dominant theme running through the Israeli election was the desperate desire on the part of every party in the country to co-opt and capitalize on the “social justice” protests from the previous year, which were driven by frustration and anger over housing prices and the cost of living.

The irony is that rapidly rising housing prices are a collateral effect of two positive trends in the Israeli economy. They are the general prosperity in Israel and rising incomes, and the low-interest easy-money conditions imposed by the Central Bank. Housing prices are shooting up because Israelis are doing well economically, are generally prosperous, have lots of capital, and use their capital to bid up housing prices. Housing inflation is a byproduct of success.

In addition, the Bank of Israel has kept money loose and interest rates low to avoid a serious recession. Israel experienced a far softer downturn during the global financial crisis than the U.S. Japan or Europe. Today the only real way to drive housing prices down in Israel is to push the country into a deep recession and to drive interest rates up in order to cause housing demand to be slashed, thus making housing less affordable – and that is something none of the political parties propose.

The big election surprise was the success of TV host Yair Lapid and his Yesh Atid party, which won nineteen Knesset seats, twice what the polls had been predicting. Yesh Atid became the second-largest party in the country’s parliament. To understand this development, you would need to imagine Ellen DeGeneres waking up one morning and running for Congress as head of a party that nudges out the Republicans for second place.

If you ask Israelis just what Lapid represents, they will say concern over housing prices and promises to bring them back down, with no explanation of how it will be achieved. In other words, he represents nothing and promises the same thing that every other party promises, plus a few comments about the need to conscript yeshiva students for military service.

The second biggest surprise was the weak showing of the Likud. It ran as an amalgam of two parties – the regular Likud, which had twenty-seven seats on its own in the last Knesset, and Avigdor Lieberman’s party, which held fifteen seats. The amalgam party shrank to thirty-one seats, losing a quarter of its strength, though it retained its position as the largest party in the Knesset.

Prime Minister Netanyahu’s failure was due to two strategic errors in the election itself and one far greater set of errors in general Likud governing policy.

The two election errors were the merger with Lieberman and the devotion of the bulk of Likud election resources to trashing Naftali Bennett and his party rather than attacking the left.

The merger with Lieberman was so foolish that it is hard to figure what the politically shrewd Netanyahu was thinking when he made that call. Lieberman had built a powerhouse mainly on the votes of Russian immigrants. Lieberman had also attracted a lot of votes from the non-Russian Israeli right. But the latter were abandoning Lieberman, since Bennett’s party was a more credible expression of anti-Oslo ideology. A lot of right-leaning Israelis dislike Lieberman. To top it off, Netanyahu had sat by smugly while his attorney general attempted to destroy Lieberman’s career with phony corruption charges and partisan legal harassment. So Netanyahu’s hand was in the assault against the very same Lieberman he recruited at the last minute to save Likud prospects via merger. It did not work. 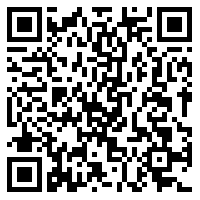