The explicit application of codified restrictions of the laws of war to noninternational armed conflicts dates back only as far as the four Geneva Conventions of 1949.  Recalling, however, that more than treaties and conventions comprise the laws of war, it is also clear that the obligations of jus in bello (justice in war) comprise part of “the general principles of law recognized by civilized nations,” and bind all categories of belligerents.  Indeed, the Hague Convention IV of 1907 declares, in broad terms, that in the absence of a precisely published set of guidelines in humanitarian international law concerning “unforeseen cases,” the preconventional sources of international law govern all belligerency.
Terrorist crimes, as part of a broader category called crimen contra omnes (crimes against all) by the lawyers, mandate universal cooperation in apprehension and punishment.  As punishers of “grave breaches” under international law, all states and state-like authorities are expected to search out and to prosecute, or extradite, individual perpetrators.  Regarding Israel and the Palestinian Authority (PA), the latter’s obligation under law to extradite terrorists to Israel would have obtained even if there had been no Oslo Accords.
There is, then, really no need to probe further the precise language of the Accords.The PA’s multiple violations of extradition expectations under international law existed and continue to exist independently of Oslo.
Advertisement

In his “Opinion on the French Treaties,” written on April 28, 1793, Jefferson stated that when performance in international agreements, “becomes impossible, nonperformance is not immoral.  So if performance becomes self-destructive to the party, the law of self-preservation overrules the laws of obligation to others.”  Later, in that same document, Jefferson wrote:  “The nation itself, bound necessarily to whatever its preservation and safety require, cannot enter into engagements contrary to its indispensable obligations.”  Israel has an “indispensable obligation” to endure.

LOUIS RENÉ BERES was educated at Princeton (Ph.D., 1971), and is the author of many books and articles dealing with international relations and international law.  In the United States,  he has worked for over forty years on international law and nuclear strategy matters, both as a scholar, and as a lecturer/consultant to various agencies of the United States Government.  In Israel he has lectured widely at various academic centers for strategic studies, at the Dayan Forum, and at the National Defense College (IDF).  He was Chair of Project Daniel, and is the Strategic and Military Affairs columnist for The Jewish Press. 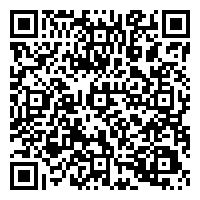