Mr. President, the “Two-State” approach to peace between Israel and Palestine, strongly reaffirmed in your recent meetings with Israeli Prime Minister Netanyahu, accepts the position of an Israeli occupation. Yet even the most cursory look at pertinent world history would reveal several compelling reasons to reject any such position. Organized Arab terrorism against Israel began on the very first hour of Israel’s independence, in May 1948. Indeed, virulent anti-Jewish terrorism in the British Mandate period had even taken place many years before Israel’s statehood.


LOUIS RENÉ BERES (Ph.D., Princeton, 1971) is the author of many books and articles dealing with military affairs and international law. Born in Zurich, Switzerland, on August 31, 1945, he is Strategic and Military Affairs columnist for The Jewish Press. 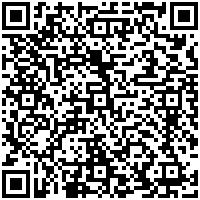