This past year, the number of Jordanian wakf guards on the Temple Mount doubled, with the guards now being allowed to wear uniforms. The Temple Mount is the heart of Jerusalem and the heart of the Jewish nation. If we place this heart under foreign sovereignty, what do we want from UNESCO?

The Temple Mount is the beating heart of the Land of Israel. The famous Israeli poet Uri Tzvi Greenberg accurately described the Mount as the yardstick of Israeli sovereignty in the entire Land. When we lose our hold on the Mount, the heart becomes ill; circulation weakens and the organs suffer. When Israel transfers control of the Mount to the Jordanian wakf, Jerusalem becomes divided once again and Israel’s cities become the target of missiles – a scenario that nobody would have imagined just a few years ago.

The “strategy” of Israeli administrations since the Six-Day War has been to evade the question of Israeli sovereignty on the Temple Mount and pass on the “problem” to future generations. This “strategy” has brought about a continued deterioration of Jerusalem’s status, its essential re-division, and the transfer of most of the sovereignty of the Temple Mount to the Jordanian wakf.

Today, places in East Jerusalem where Jewish children used to play safely are now void of Jews; it is impossible to build a home in Jerusalem without the personal authorization of the prime minister, and UNESCO is turning Israel’s practical policy into a principled international stance, determining that there is no connection between Israel and the Temple Mount.

The decision to give the keys to the Temple Mount to the Muslims immediately upon its liberation was lauded as diplomatic insight and the “realpolitik” acumen of Six-Day War Defense Minister Moshe Dayan. But the truth is that Dayan’s actions were not born of necessity; it was ideology that determined them. In the War of Independence, a similar ideology brought about the fall of the Jewish Quarter and the loss of an opportunity to liberate the Temple Mount and Judea and Samaria.

Before the Six-Day War, Dayan (and the ministers of the National Religious Party) were opposed to liberating the Old City. Even Paratrooper Division Commander Motta Gur, who conquered the Temple Mount, was sure that it would shortly return to Jordan. Israeli-ness did not want the “whole Vatican” – in the words of Moshe Dayan – and religious-ness didn’t want the Mount, which returns the Torah from the personal-religious realm of the Exile to the national-cultural realm. This is the real reason why today’s ultra-Orthodox Jews oppose ascending the Temple Mount. There is nothing more anti-“religious” and anti-exile than the Temple and the Temple Mount.

Jerusalem is at the heart of the conflict raging in Israel between “Israeliness” and “Jewishness.” The Temple Mount was abandoned by Israel, and Jerusalem is being divided because the Israeli/religious identity is fleeing the return of the Jewish/cultural identity.

The Arabs are not the cause; they are simply the means in this internal conflict. Jerusalem does not appear even once in the Koran. When the Muslims are on the Mount, they bow southward to Mecca and turn their backsides to the Dome of the Rock at the site of the Holy of Holies. Israel sanctifies the Temple Mount to the Moslems so that it can run away from itself. The result is the loss of the bedrock foundation for the justification of our existence in the entire Land of Israel – and the turning of humanity against us.

By sanctifying the Temple Mount for the Muslims, Israel brings war upon itself. 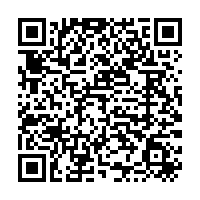