The central feature of the protest of Ethiopian immigrants in Israel is that nobody knows what they are really protesting. Police violence is certainly a terrible injustice. But in truth, the police hit everyone… And when all is said and done, other sub-groups experience injustice as well. The injustices do not explain the depth of the anger that surfaced this month.

I wanted to write on this topic while it was still a “hot” media item. But I decided to wait until everyone calmed down a bit and I spoke with my Ethiopian friends, whose opinions I value.


I turned to a young Ethiopian man who had once conferred with me in the Knesset. He grew up in Israel, is university educated, articulate and intelligent. I called him on the phone.

“The government is constantly giving to the Ethiopian community,” he said. “This perpetuates their inferior status. The more they give, the worse the problem becomes.”

“So you are saying that when there will be an Ethiopian prime minister, we will still be witnessing the same protests?” I asked.

“Yes. Huge amounts of money are channeled through countless Ethiopian-immigrant aid NGOs and perpetuate the problem.”

“It’s like the blacks who are rioting now in the U.S., even though the president is Obama.”

“So the reason for the anger is deeper than a policeman who hit an Ethiopian or discrimination here and there. I will tell you what I think and you will tell me if you agree.”

“It is like a small child who shouts and kicks to get his father’s attention. His father gives him what he wants, and just a short time later, he is screaming again. The child has learned that screaming is the most effective tool to get his father’s attention and to have his needs filled. From the very beginning, Israel related to the Ethiopian community as if they were children. It is not that the state does not give. It gives. But the more it condescendingly gives, the greater the problem becomes.

“The state mechanisms boast about the aid they provide, NGOs pay salaries, people become powerful and vie for the crown of leadership for the underprivileged. The recipients of the aid feel deep anger because, in truth, the central problem is not money but rather the loss of Israel’s ability to view the Ethiopians as adults – not children.”

“Exactly,” said the man on the other end of the phone.

“We will not allow the tycoons to take control of our poverty,” said Amir Peretz when the tycoon Gydamak erected tents for the homeless. Poverty is an asset that many try to control and perpetuate. Aid money is channeled in a way that empowers the establishment and preserves the dependence of the recipients. It becomes a vicious cycle. The more loudly the recipients complain, the more childish and dependent they become, the more they receive, and the more angry they get.

Now, more than 20 years after the great aliyah from Ethiopia, the best thing that can be done for the second generation is for all of us to internalize the fact that they are citizens, equally as talented as everyone else. They have equal rights and equal obligations. And then we must close all the separate government channels for aid to Ethiopian immigrants.

If we do not do so, not only will the second generation continue to be angry and frustrated, but their grandchildren and great-grandchildren will (justifiably) go out to the streets to protest. 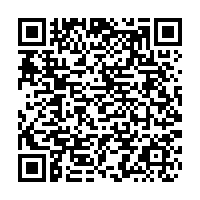