The evolving story of twenty or so Orthodox couples from Lakewood, New Jersey – the Jewish population of the town is about 125,000 – arrested and charged with claiming government benefits they were not entitled to is upsetting, worrying, and depressing. It is also dangerous.

The subsequent outbreak of anti-Semitism across the town, with flyers placed on Jewish-owned cars that scream the words “Thieving Jews” and then go on to say much worse, is more than matched by the comments in the press from non-Jewish residents of the “Torah town” and environs.

Here is a mild example (many others are just plain Nazi-like in tone):

“You and your ilk actually hate us gentiles and shiksas because we see right through your phony/fraudulent ways of scamming everything you can from taxpaying responsible citizens. YOU MAKE ME SICK!”

But far more upsetting to me are the comments on social media from Jews, including non-haredi religious Jews, which are virtually indistinguishable in tone and language from the statement quoted above.

I have engaged in discussion with some who have rushed to condemn the “guilty” individuals.

My argument is simply that under American law a person is presumed innocent until proven otherwise beyond a reasonable doubt.

Certainly under Jewish law, apart from the judges hearing the case, everyone else, ignorant of all the facts, has to believe the accused are innocent until convicted (except in the case where the accused already has the status of a rasha, an evil person).

This argument has met with little or no sympathy. The usual reaction is a bit of eyeball rolling and the sort of look that silently sneers, “Oh yeah!”

Another recurring theme among both Jewish and non-Jewish individuals who have reacted with such vitriol to the Lakewood arrests is the collective guilt of “the rabbis.”

Although people who know better have dispelled these myths with concrete examples of rabbis having spoken out against financial malfeasance loud and long and frequently, it has done little to persuade the critics.

There is still another recurring and common denominator among the Lakewood critics: a complete unfamiliarity with and ignorance of the town.

Lakewood has long ceased being a solely yeshiva community. The huge expansion in its numbers reflects the thousands who have moved there to start businesses, raise families, and work. The old community worries a lot about the shifting face of Lakewood, but shift it has.

Critics who believe that everyone living there learns all night and all day, eschewing paid employment, are badly exposed for their ignorance.

And in any case, who says someone cannot start married life engaged in full-time Torah learning before going on to a career in accounting, construction, medicine, or a hundred other fields? That is precisely what most Lakewood yeshiva students do.

For the small minority who want to devote the rest of their lives to Torah academia and research, I say, “Good on you, mate!” If they earn an independent income or have a patron who values their study and wants to support it… well, why not? And why is it anyone else’s business?

Ralph Leighton is one of my oldest and dearest friends. We were kids together in Glasgow. He was from a passionately Reform Jewish family but we were and are very close despite our worldview being hugely different. Today Ralph is a university professor in the UK and a communist. We still remain very close. He wrote me the following:

The reporting over here of these events has troubled me greatly.

I don’t want to get into the “These people are all crooks” stuff. I regard anyone who dodges tax, pays “under the counter,” etc., to be a crook – so that’s possibly close to everyone, me included.

I haven’t been able to get my head around the focus on the accused people’s religion.

Trump’s alleged financial jiggery-pokery hasn’t been couched in terms of “the Christian Donald Trump” nor was Watergate stated to be perpetrated by “the Christian R M Nixon.”

In the aftermath of the recent terrorist attacks in the UK, the media bent over backward not to say the word “Muslim.” Former president Obama always did the same. Mind you, there is justification for this sensitivity. It would be unjust to brand all Muslims guilty of the outrages because of a shared faith or race.

The problem is, there is not the slightest sign of such sensitivity where Jews are concerned. For non-Jewish anti Semites, all Jews are equally guilty of the alleged crimes of any Jew. For many non-haredi Jews, due process of law is an irrelevance. The Lakewood people are already guilty and all haredi Jews are, too.

Let me be clear here. I haven’t a clue if the people arrested are innocent or guilty. And I certainly agree that even an accusation of guilt is worrying in and of itself.

I also believe that the Lakewood community, like all such communities, should always bear in mind that we are in exile and have a constant duty of Kiddush Hashem (reflecting honor to God) and being loyal and outstanding citizens.

I recently translated and published the Shaar HaBitachon of the Chovos Halevovos. I did so because I believe passionately in the book and its message. Part of that message is not striving for material success that is indistinguishable from material excess.

All these issues (and many more) have been thrown onto center stage by these arrests. They demand a proper and appropriate response.

Statements by Rabbi Aaron Kotler and the Lakewood Vaad, or community council, confirm that this is precisely what is happening.

In the meantime, with guilt or innocence in these matters not having been established, many Jews – the sort of people I like and often speak for – have displayed a profoundly preexisting prejudice against haredi Jews. This has led them to say and allege things that one expects to hear from the vilest anti-Semites.

Those concerned that their outlook may indeed reflect the oldest hatred of all should consider the things they’ve written and said in light of the old duck test: “If it looks like a duck, swims like a duck, and quacks like a duck, then it probably is a duck.”

No less a figure than the late anti-Orthodox Israeli politician Shulamit Aloni once said that in Israeli society, the haredi Jew has taken the place of the reviled “Jew” in general society.

It seems that, too frequently, this is true in American Jewish and non-Jewish society as well. 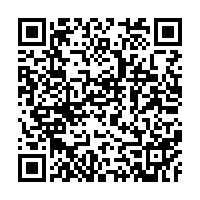