My son-in-law is by nature an even-tempered individual, ruffled more by bad behavior on the street than on the world stage. So when he remarked that my column has been riling him because of my focus on the many bad guys who populate the world stage, I was gratified that he was taking my words to heart. But I also recognized the need to offset some of the doom and gloom.

No, anti-Semitism has not gone away, Israel is still threatened by enemies near and far, and America is still suffering from a gaping ideological divide, plagued by naysayers who doomed the new president even before he took office. But to judge Israel and Trump solely on the basis of that negativism is to give short shrift to their essence and ignore the flipside of their other reality.


Is the cup half empty or half full? Critics of the administration would answer with a resounding half empty. With the exception of minority conservative news outlets and talk radio, mainstream media and major cultural icons would have everyone believe the sky has already fallen. This, despite skyrocketing investor confidence, gains in employment, and a reduction in illegal border crossings by 70 percent during Trump’s first hundred days. Even Trump’s tax reform plan, long overdue and welcomed by many, has been drowned out by the cacophony of the Trump bashers.

I was recently asked, after a particularly grueling week for Trump, if I still supported the president. The inquirer was surprised with my resounding endorsement. Which is not to say I view everything the president does through the rose-colored glasses of a diehard groupie. I just have to work harder to clear away the rubble his enemies continuously dump on him.

But those of us who want to make America great again need to do more than just be wary of the anti-Trump forces. We need to curb our own impatience with the pace of Trump’s delivery of his mandate. Rather than grumble about inadequacies in the Republican legislation to repeal and replace Obamacare or Trump’s Executive Order on religious liberty, we should appreciate a president who is actually tackling these issues, albeit in a less aggressive manner than we might have preferred.

Focusing on the positive does not preclude working harder toward a specific agenda. The euphoria of having elected a president who promised us the stars should not diminish our enthusiasm if he can only deliver a small constellation at first. Even if Trump achieves nothing more than having appointed Neil Gorsuch to the Supreme Court, dayeinu that Americans did not elect a president whose party just appointed Sen. Keith Ellison as DNC deputy chair.

On the other side of the ocean, the vast majority of Jews in Israel more readily embrace optimism. Despite enduring an endless onslaught of vicious propaganda, and after eight years of a rocky relationship with President Obama, including his parting shot of refusing to veto UN Resolution 2334, Israelis retain a high degree of optimism. Their enthusiasm for Trump as an instinctively pro-Israel American president has not waned, even without an immediate embassy move.

Last week, while attending the annual Jerusalem Post Conference in New York, I listened to speaker after speaker highlight the hopefulness that Trump’s victory brings to Israel. Couple that with the miraculous success story of Israel as the start-up nation and it is easy to understand why Israeli policy makers view optimism as a strategy with which to forge ahead rather than a mere panacea for existential threats.

Citing Israel’s budding alliances with China and India, Dani Dayan, the consul general of Israel in New York, asserted that “Israel was never less isolated in the world than today.” Along with Israel’s revolutionary technological advances and economic successes, Dayan happily noted that “We have every reason to enter our seventieth year with every degree of optimism.”

Yes, Israeli officials such as Minister of National Infrastructure, Energy, and Water Resources Yuval Steinitz; Minister of Education and Diaspora Affairs Naftali Bennett; and Minister of Transportation and Intelligence Yisrael Katz acknowledged the threats posed by Iran, Hizbullah, Hamas, and the ongoing incitement by the PA. But they countered the concerns by emphasizing Israel’s flourishing technology and economy.

Without exception, Israel’s leaders are looking forward to Trump’s first visit to Israel next week. According to Justice Minister Ayelet Shaked, “These are exciting time for United States-Israel relations, which seem to have opened up new opportunities. While still early in the Trump administration, the initial signs are promising.”

And Israel’s Ambassador to the UN, Danny Danon, lauded the efforts of his American counterpart, Nikki Haley, crediting her for a subtle shift of favorability toward the Jewish state in that longtime citadel of anti-Semitism on the East River.

Concentrating on the positive is not a matter of wishful thinking. Nor does it mean these speakers have turned a blind eye to the threats of warfare and “lawfare” that plague their country. It was lost on no one that the conference followed on the heels of the almost two-month long international hatefest of Israeli Apartheid Week.

However, as Israel approaches seventy years of miraculous sovereignty, these leaders seem to realize that pessimism can be dangerous if it leads to inaction and despair. The name of Israel’s national anthem itself, “Hativkah,” means The Hope.

As the smear campaigns against Israel and President Trump continue unabated, partisans of both need to remain confident in order to maximize their effectiveness. Trump supporters and Republican leaders would do well to learn from Israel, because losing hope only plays into the enemy’s handbook and erodes very real victories. And maintaining a healthy dose of both reality and faith can lead to further victories.

And besides, it will keep my son-in-law in a good mood. 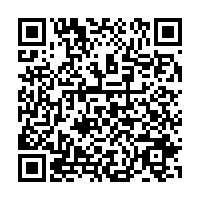