One of the more pleasant surprises of 2018 was the “Parliamentarian of the Year Awards” given by the UK’s Spectator magazine. The categories include “Politician of the Year,” “Campaigner of the Year,” and “Comeback of the Year.” The award for best political speech of 2018 went to Labour MP, Dame Margaret Hodge. She is the lady that told Jeremy Corbyn to his face – in the House of Commons, no less – that he is an anti-Semite and a racist.

Corbyn’s supporters accused her of employing a profanity (this was of course a very serious matter, as no one in the Labour Party, especially Jeremy Corbyn, ever uses profanities) and faced disciplinary action for her behavior even though she denied using the word.


In the end, though, disciplinary proceedings were dropped. Labour was aware that pursuing a 73-year-old Jewish MP, just as it was refusing to adopt the International Holocaust Remembrance Alliance’s definition of anti-Semitism, might not look too good in the media.

Allow me to give you a bit of background information about this remarkable politician. Margaret Oppenheimer was born in Egypt to German-Jewish refugees who had fled there in advance of the Holocaust. In 1948, after being rendered stateless in Cairo due to the founding of the Jewish state, the family fled to the UK.

She’s been married twice, both times to non-Jews. In a recent interview, she explained that she was always a totally secular Jew and never attended synagogue even on the High Holy Days. She has had little to do with the Jewish community during her lifetime.

On August 16 of last year, however, Dame Margaret spoke up and compared the Labour Party – due to its handling of ongoing anti-Semitism incidents within its ranks – to Nazi Germany. She added, “I never imagined in my wildest dreams that I would have to fight anti-Semitism in my own party.”

Hmm. I suspect that is rather the point. Lots of Jews like Dame Margaret, in the UK and farther afield, are finding their world and its verities beginning to sway; some former “truths” have already toppled.

The Labour Party she joined “to fight racism” now provides a happy home for racism. The Left’s various parties across the western world – the “good guys” for Jews – have become the “bad guys” for Jews in Europe and increasingly in the USA.

In the new 116th Congress sits Palestinian-American Congresswoman Rashida Tlaib who wrapped herself in a Palestinian flag and talked of senators representing Israel instead of America. The other Muslim Congresswoman who arrived in DC, Illhan Omar, has a history of making anti-Semitic comments, which the leftwing media is busy trying to bury. In a 2012 tweet, she explained that “Israel has hypnotized the world, may Allah awaken the people and help them see the evil doings of Israel.”

Writer David Steinberg examined 105 news stories written in the immediate aftermath of Omar’s victory. Not even one mentioned that she believed Jewry possessed “mind-control” abilities or that Israel was “evil.” No one in the New York Times or Washington Post called on the Democratic Party to distance itself from her rhetoric.

And the fact that Ms. Tlaib launched her congressional career with appalling profanity, aimed at Donald Trump, ruffled few Democrat feathers. Tlaib celebrated her profanity, saying, “I will always speak truth to power.” I wonder what truth Tlaib speaks to President Abbas, who has just entered the fifteenth year of his four-year term in office?

But all this is merely the first act in a well-known play which has already had a long run in London and Europe. The producers have employed the same promoters and PR firms, with branches in the USA for its American run, and see no need to alter the show very much at all. The backers are hoping to repeat its previous successes. It is now playing in an American theater near you.

And for many Jews like Margaret Hodge, here and in the UK, who cannot understand how their once noble party is now a happy home to racism, let me introduce them to a Jewish king who lived long ago called David.

He once wrote that it is a curse to put your trust in any human being (or political party). But then again… he was the sort of Jew who did attend synagogue on the High Holy Days. 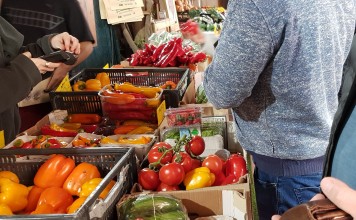