Zohar Amar is an associate professor in the Department of Land of Israel Studies at Bar-Ilan University, with 25 years’ worth of expertise in natural science, archaeology, and Judaic studies.

He recently collaborated with Koren Publishers in producing a new edition of Chumash: the Koren Israel Humash. (Koren uses academic standards for transliterating Hebrew words, which differs from other popular Jewish publishers today. Thus the H with a dot underneath in “Humash” indicates a “chet.”)


The all-Hebrew Chumash has a wealth of fascinating features that make learning Torah fun, relatable, and easy on the eyes. For example, the pages display Rashi in a clear, modernized print that at the same time closely resembles the traditional Rashi font and clarifies it to make it legible even to those who are not familiar with Rashi script.

I recently spoke with Professor Amar about his contributions to the Chumash. In an effort to make the Chumash “user-friendly” for students, he explained the flora, fauna, and animal life cited in the pasukim, and worked to identify them in everyday life.

The Koren Israel Humash incorporates his knowledge in an illustrated appendix with both quotes from the pasukim and modern-day photos. These additions enhance the weekly Torah reading in shul and introduce children to a new way to learn Chumash.

(Because this edition is designed for educational purposes, the text and explanations are all in Hebrew. Koren has plans to eventually produce a Hebrew-English edition, though it is not yet in production).

Amar’s passion for these subjects began early, when as a child he became interested in exploring topics of the flowers, vegetation, and animal life in the Bible.

Once he entered Bar-Ilan University, he found a mentor in the late Professor Yehuda Felix, one of the founders and heads of the Land of Israel Studies Department, which focuses on the history, archeology, geology, and development of Eretz Yisrael. Feliz also authored Flora and Fauna in the Mishna, a groundbreaking book considered a classic in the field.

With Felix’s guidance, Amar started to learn more and more about the world of biblical botany. In 2015, Amar wrote Flora and Fauna in Maimonides’s Teachings, an exploration of botany in the Rambam’s Mishneh Torah. The idea was a novel one: to explain the plants and animals the Rambam described and transform the information from theoretical to practical. The book is currently used in yeshivot throughout Israel.

Koren Publishers approached Amar about writing the supplements for the Koren Israel Humash. Using his unique model of animal and plant identification, Amar worked on explanations for the new project utilizing the traditional mefarshim (commentaries).

He describes his methodology: “There is a certain process of identification. I isolate the actual pasukim and take all of the names of animals from the Tanach, and then I check all the commentators and translations that could shed more light on the animal.”

He wants to ensure that commentators and modern scholars are in agreement regarding the identification of any given animal. Sometimes, he explains, the text itself can give “clues”; in other cases he looks at sources outside the text to compare the descriptions in the Tanach to animals from ancient cultures in Egypt or Mesopotamia.

It’s important for him to find “phylogenetic connections” meaning to create theories based on similarities and differences in genetic characteristics. When necessary, he turns to archaeological evidence to find more information.

This last step can potentially create what might appear to be contradictions in the biblical narrative. Amar says that a third of the animals he seeks to describe are unclear, a third are disputed by scholars, and a third are obvious, based on the text. Some could argue this is a risky procedure: if the animals are not found, is the holy text invalidated?

“The Torah is not a book of zoology, it’s a book of religion,” says Amar. “Usually there are few to no conflicts, and the study [of archeology] can be very helpful.”

He uses the example of a lion: We now know, from an archaeological perspective, that the lion in Tanach isn’t the commonly known African lion; it’s actually an Asiatic lion, from India. Archeology only enhances the perception and understanding of the animals we find in the text.

Finally, Amar lists his sources and analysis scientifically and clearly. His goal is to make the information easy to comprehend.

“A picture is better than a thousand words,” he paraphrases the old expression. “It explains the subject and makes it more interesting.”

Asked why he thinks the Tanach gives so much attention to the descriptions of animals and plants, he replies:

“Our ancestors lived in Israel and were a part of nature. We were farmers, working the land, understanding and relating to the animals with which we lived. We were also shepherds and nomads, interacting and listening to our environment. In contrast to city life today, our ancestors were connected to what was around them.”

Though we can’t experience the same level of familiarity and ease with the natural world, we can, through Amar’s supplements in the Koren Israel Humash, begin to relate to a world otherwise hidden and unknown. 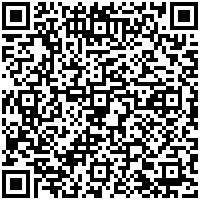