The brouhaha following Ambassador to Israel David Friedman’s comment last week that “Israel has the right to retain some, but unlikely all, of the West Bank” seemed overblown at first. After all, he appeared to simply restate what President George W. Bush officially told Prime Minister Ariel Sharon back in April of 2006:

“In light of new realities on the ground, including already existing major Israeli population centers, it is unrealistic to expect that the outcome of final status negotiations will be a full and complete return to the armistice lines of 1949.”


In other words, Israel’s presence in the West Bank had to be accommodated through negotiations. Even before Bush’s letter to Sharon, peace plan proposals from Camp David to Wye River presented as a given that any final agreement would have to take into account the “facts on the ground” in the West Bank. So why did Palestinian spokesmen erupt with charges of incitement to “war crimes” and vow to file a complaint with the International Criminal Court?

It doubtless had something to do with President Obama’s insistence that the pre-1967 lines be the starting point for negotiations with relatively minor adjustments. This insistence shifted the balance significantly in favor of the Palestinians; indeed, it was a virtual home run for them.

Obama’s decision not to veto the Security Council resolution declaring Israeli settlements in the West Bank “flagrant violations of international law” bolstered the Palestinians cause even more. The Palestinians could be forgiven for thinking they were well on their way to achieving a two-state solution (and ultimately a one, Arab-state solution).

So when Friedman said Israel has “a right” to West Bank land without any reference to negotiations or a “two-state solution,” he went well beyond what has been said before (although, to be sure, this statement wasn’t the first rude awakening for the Palestinians at the hands of the Trump administration).

Friedman did not mince words last week. He said the Trump administration’s peremptory policies towards the Palestinians was meant to signal that “the world isn’t going to stop turning” when they decide to disagree and that they did not “have a veto on progress.”

The Palestinians, therefore, would be well-advised to reconsider their rejection of the upcoming Bahrain economic conference. It is the beginning of the rollout of Trump’s peace plan and is designed to make tangible, in real time, the prospect of Palestinian prosperity while trying to avoid the political complications that have thwarted progress in the past.

If they want to get on board, fine. If they don’t, that’s fine too. 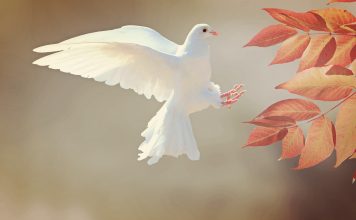