Some businessmen swear by an inspirational course they took in school. Some remember the hard-life lessons they learned in the early days of starting their enterprise. Some commiserate with a mentor and get their input before making a fateful decision.

But Eliezer Gross turns to the most trustworthy authority of all – God.


That adherence to halacha governs every aspect of his business practices from who he chooses to work with to how he works with regulation and transparency authorities.

For example, Gross has even turned down money when he thought, halachically speaking, it was the right thing to do.

He recalls a woman turning to him in order to make a $30,000 investment. Gross asked if her husband is on board with her decision and when she said no, Gross refused to take her money, saying, “You will certainly lose by investing with me. If your investment is profitable, you will quibble with your husband why he didn’t agree to invest your joint savings. And if you lose, he will quibble with you why you didn’t listen to his advice. So whatever happens you will upset your shalom bayis, and I therefore refuse to accept your money.”

For Gross, the Founder and Managing Partner of Besadno, adherence to halacha is behind his many successful start-up ventures in the US and Europe. Gross is an example of not only a businessman with morals, but someone whose finger is firmly on the pulse of the latest trends in fintech. 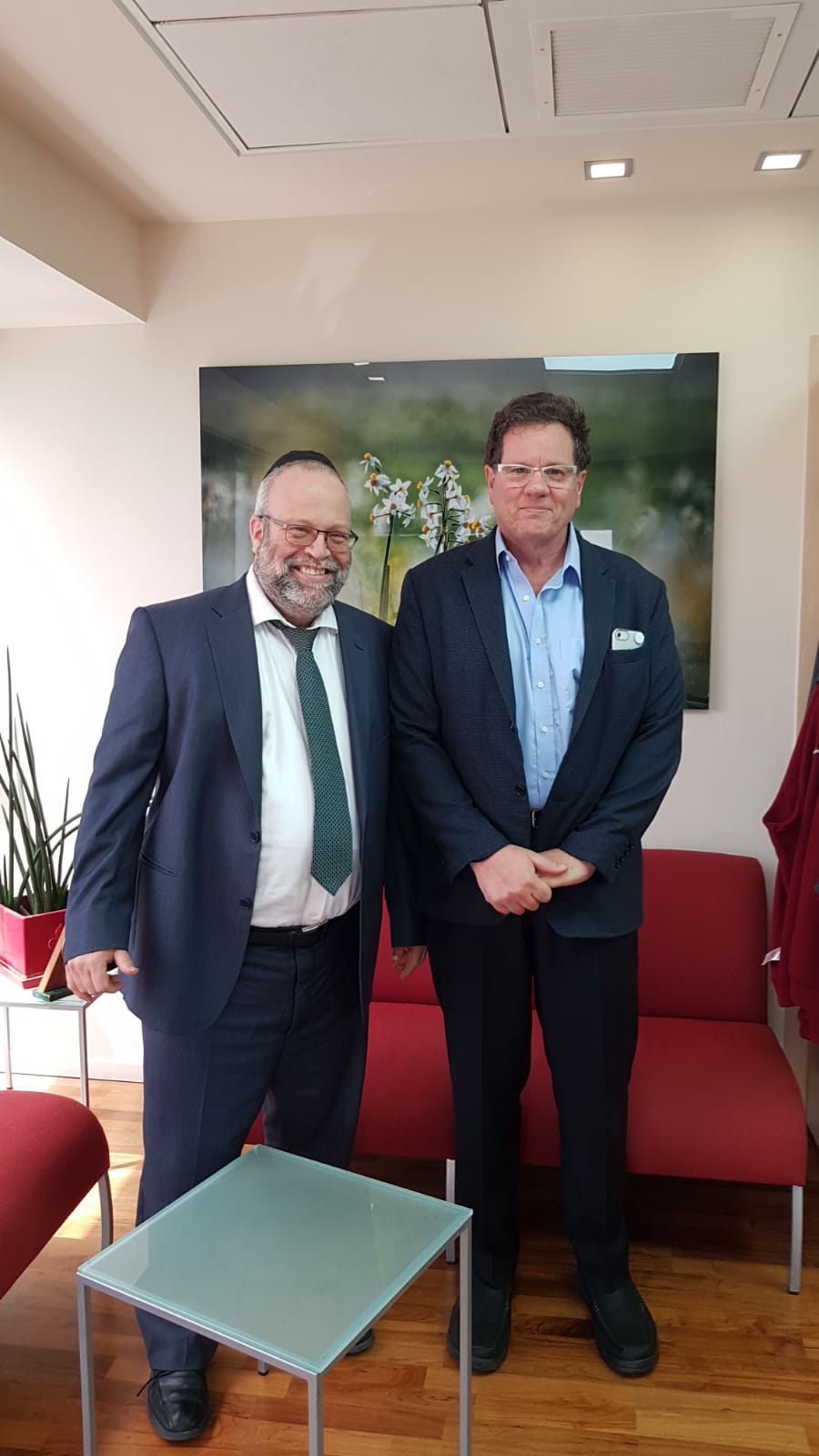 “Everything is done according to halacha. We bring all halachic sh’eilos to Hagaon Harav Yisrael Marmorush. We have the hechsher of the Badatz Eidah Hachareidis, under the authority of Hagaon Harav Shlomo Ze’ev Carlebach, head of the Badatz’s financial section. In addition to the checks we make into companies wanting to invest with us, we also check that the innovators themselves are trustworthy and intelligent,” he explained.

As such, the name of his Besadno Group, founded in 2011, exemplifies just that. Besadno, which stands for Besiyata Dishmaya Na’aseh Venatzliach, or “With G-d’s help we will do and succeed.”

“Without siyatta diShmaya, we have nothing,” he said, repeating that all important refrain behind his philosophy.

Gross’s goal at Besadno is to create a global network of investors and considering its rapid success – it now has offices in New York, Tel Aviv and Jerusalem – spawned off a US-based company, BSeed Investment Group.

Like the parent company, to understand BSeed’s purpose, one need to look at the name. The name quite literally alludes to allowing start-ups to flourish with seed investment.

Now, of course, every company warns its investors of potential dangers, but the question is how they do this: most give a broad notification stating that there are dangers involved without specifying, while at the transparent BSeed the investor is told of every theoretic hazard in the specific commodity.

“BSeed is not run on both moral and halachic standards,” Gross stresses. It is under the supervision of the Eidah Hachareidis, accompanied by the Eidah Hachareidis’ financial expert Harav Shlomo Zev Karlibach, and Harav Yisroel Marmorosh of Harav Nissim Karelitz’s beis din.

So Even in the early stages of creating BSeed, ethics were at the forefront of his mind. When developing the company, he requested it undergo review to meet American financial standards, even though this is not required by law. He explained the the regulator, “Eighty percent of faults in the company’s dealings come from greed, the other 20 percent from not knowing the law. You can forget about finding anything in the first group, and the only faults you find will be due to a lack of legal knowledge.”

Gross has over 30 years of experience under his belt. His affinity for turning a profit started young. He remembers one of his first experiences seeing the tenets of supply and demand take effect. After hearing that the arba minim for Succot are extremely expensive in London, Gross decided to important them from Israel. Gross went from shul to shul and realized how such a simple idea can prove quite lucrative.

Besadno’s very first investment was in a product called SkySaver, a patented rescue harness for escaping tall buildings in the event of fire or other disaster. That led to a partnership, to this day, with the Reinhold Cohn Group, an intellectual property firm with expertise in patents, copyrights, and all areas of IP management. Dr. Ilan Cohn, a senior partner in Reinhold Cohn who is personally invested in many of the company’s ventures including in the Besadno firm, is today also a member of Besadno’s investment committee.

Eli Gross entered the patent market about nine years ago. After he’d acquired considerable skill in investments, others started asking him to invest their money for them, and two years later, he founded the Besadno Group.

To understand more about his business, Gross together with Dr. Ilan Cohn, senior partner in Reinhold Cohn, Israel’s largest patent office, spoke about the investment firm that aims to teach you how to earn in a legal, Kosher way. Besadno and Reinhold Cohn work together on parallel tracks. Reinhold Cohn locates Israeli high tech start-ups in the areas of medicine, agriculture, and real estate that need his protective services. After charting the requests and identifying companies with maximum investment potential, the companies are then introduced to Besadno as potential sources of capital. At the same time, when Besadno invests in a company that holds a few patents, it seeks the IP management services of Reinhold Cohn.

Here’s what the two had to say:

Eliezer, can you explain what Besadno means?

Besadno is an acronym for Besiyata d’Shmaya naaseh v’natzliach. I’ve used those words, or variations of them, in my 35 years of business dealings around the world, in England, France, Belgium, Holland, Romania, Russia, China, and of course, America and Israel. I’ve also written three books that illustrate this idea. The first, a bestseller in the US and Israel, is called Nes-siyata d’Shmaya, stories of Hashgachah pratis in business. There are stories of failures, not just successes, because in the final analysis, everything that happens is through Divine Hashgachah. The second book, on a similar theme, is called My Silent Partner, and the third is, Gam Lecha Yesh Eli-ezer, (You Also Have Eli-ezer). Each book was printed in thousands of copies.

What are the stories about?

I wrote about my amazing experiences in the business world, like the time I accidentally bought a jet (and immediately resold it), how I became the owner of the longest car in the world, how I bought “for free” the entire set from the “Star Trek” (over 80 marine containers), the value of two bags of rags ($75,000), how I became a Mossad agent for a day, how I was able to organize a minyan in unbelievable situations and other fascinating accounts from the business and Torah worlds.

What all the stories have in common is that in every situation, you can always find the guiding Hand. I’ve accumulated a tremendous amount of business experience in a variety of fields and connections all over the world. I endeavor to bring all that, with siyata d’Shmaya, of course, into my business dealings to this day.

What is special about your business model?

An Israeli start-up will always sell for half the price, or less, of its American counterpart, due to the lower cost of overhead, manpower, and other expenses. That’s why, typically, an investor needs to invest much less in an Israeli company as opposed to an American one. Since it’s customary to pay just 20 percent to 25 percent of the company’s value in the initial stage, the immediate value of an Israeli company at the outset will always be around half that of the American one. This creates an ostensibly absurd situation, whereby I, as an Israeli investor, can purchase a percentage in an Israeli start-up for, say, $1 million, and then sell it in the short-term in the US for a significant profit, since it’s worth more in America.

However, if I buy an Israeli company and over time I advance it, selling it only after a year or two, then I can ask more, perhaps even more than double. And because in any event, the value of the company will be, let’s say double, in America, my asking price will sound fair to an American buyer.

I strongly believe that such scenarios happen mainly with us, since Besadno is the only company that harnesses the power and the connections of the American Orthodox sector to advance innovations.

In addition, we’re among the very few whose business model is not to enter at the beginning stage and then wait ten years, but to exit after only two or three years. The reason for this is that on average, a start up has three cycles of investment. The first is the conceptual stage, which I compare to an infant learning to crawl, sit up, stand and walk, until he starts to talk and then run. At that stage, it’s too early to do business with the company, although it is possible to discern its potential. The second stage is comparable to the school years: when the child goes from first grade to second grade, and so on. In this stage, you examine the company’s product or service, improve on it, network with companies, and maybe even start to sell a little. The third stage is like the bar mitzvah— the company starts to sell on a small scale, in the amount of tens of thousands or hundreds of thousands a year. The fourth and final stage is young adulthood, followed by marriage, children, and work when the company is standing on its feet.

We at Besadno deal with the start up in its first stage, and at the most, the second stage, when the failures are not as dramatic, and which, as far as we’re concerned, gives the most satisfaction. Only after we see the company growing and thriving, do we make an exit.

Can you give us some examples?

That’s a problem. There are certain securities regulations that prohibit us from ‘talking numbers’ since we’re a private firm. What I can tell you is that we’ve had exits, where we sold a company for several times its purchase price. There have also been rare instances, where we lost part of or all our investment. But because we work in stages and don’t invest all the money in one blow, we cut our losses at the beginning by halting the investment, and that means that we’ve lost just a fraction of what we’d planned on investing. Consequently, our risk-to-return ratio is much better than many other investment can yield.

Just to give you a better understanding, many investment companies, even the most conservative, like pension funds, invest at least part of their capital in start-ups, since they’re the most profitable.”

Do you have other investment opportunities aside from start ups?

Certainly. We invest in commercial companies and real estate in Israel and the US, although on a much smaller scale, just a few million dollars a year, since those aren’t our area of specialty. However, we are in the process of developing in that direction as well.

To be part of the Start-Up Nation, click here. 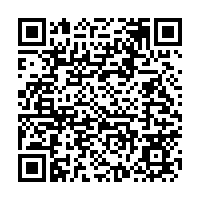