In his recent public statements on the use of American force in the wars in Afghanistan, Syria, and Iraq, President Obama candidly said he had no new policy to suggest beyond his defining mantra: Air power and logistical support for our friends, yes, but no American boots on the ground.

While we can commiserate with the president for being leery of repeating George W. Bush’s Iraq and Afghanistan blunders, it cannot be denied that ISIS has been permitted to run wild across large parts of Iraq and Syria – a validation of the maxim that whatever the level of air and materiel support, insurgencies cannot be defeated without ground troops.


To be sure, we were heartened by news this week that Iraqi forces have managed, with American support, to retake the key city of Ramadi from ISIS. But this is an exception to the reality that the lack of American troops is the overarching factor in the advance of ISIS in the Middle East.

The situation may be about to change, however. The administration has announced that American special operations forces, which have played some limited supportive roles on the ground in the past in certain trouble spots, will be taking on a larger role.

While still maintaining that the change is consistent with the president’s “no boots” policy, it seems clear Mr. Obama has come to recognize that whatever it is called, an infusion of American troops is required to deal with the ISIS scourge, even an infusion conforming to the president’s minimalist approach. (He recently said, in an interview with CBS News: “You know, when I said ‘No boots on the ground’ I think the American people understood generally that we’re not going to do an Iraq-style invasion of Iraq or Syria with battalions that are moving across the desert.”)

The lack of an American presence on the ground to challenge ISIS has become an issue in the presidential campaign. The recent terrorist attacks in Paris and San Bernardino have no doubt added to the pressure on the president.

As it now appears, additional numbers of special operations personnel will be deployed in Afghanistan where the war against Muslim insurgents lingers and in Syria, where ISIS’s main base of operations is located. They have also been sent to Cameroon to participate with African troops in the fight against an ISIS offshoot.

Given his concern about enmeshing the U.S. in Middle Eastern wars, we have confidence President Obama will not venture too far with the special operations gambit. But we are concerned that he will not do what has to be done now, thereby planting the seeds for greater costs to the U.S. in the future. 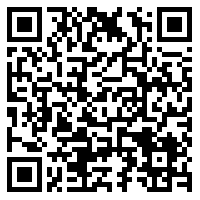