We were intrigued by the news that Commack Kosher Caterers Deli & Market of Suffolk County, Long Island, went out of business last week. The owner reportedly told several shoppers he didn’t have enough customers.

“I didn’t fail the community, the community failed me,” he is reported to have told one customer. And therein lies a tale.


In 1996, the company mounted a successful challenge in federal court against provisions of the New York State laws monitoring the sale of food as “kosher.” “Kosher” was defined as being in accord with “Orthodox Hebrew standards” and food could not be labeled or sold as “kosher” unless it met those standards. The Commack store challenged the constitutionality of the laws on the ground that they enforced Orthodox standards as opposed to non-Orthodox standards. Commack essentially argued that as far as New York State government was concerned, the store should be entitled to label or sell food as “kosher” if it were certified by a Conservative rabbi as meeting Conservative standards.

The Jewish Press supported the “Orthodox Hebrew” standard since it at least purported to provide protection for the entire kashrut-observant community while a non-Orthodox standard would be misleading to the Orthodox. The courts, however, ruled otherwise and invalidated the Orthodox Hebrew standard as the prerequisite for referring to food as kosher.

It would seem that we and other supporters of the “Orthodox Hebrew” definition were practically correct even if the courts held we were not legally right. An establishment that bills itself as kosher while effectively writing off the Orthodox trade –the very segment of the population that will not accept any kosher certification other than Orthodox – is not what one would call a winning business model.

And, irony of ironies, it was the notoriety of the lawsuit brought by Commack Kosher Caterers that appears to have led to the store’s demise. 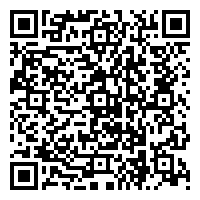