Jerusalem Post columnist Caroline Glick created a stir when, in a recent article, she took Hillary Clinton to task for permitting Bernie Sanders, whom she had just defeated in the Democratic primaries, to select five of the fifteen members of the party’s platform drafting committee.

One key issue to be addressed was U.S. relations with Israel. Mr. Sanders was outspoken in the course of the primaries about the need for America to be more “even-handed” in the Middle East – i.e., to stand up more for Palestinian needs and interests and to try to rein in Israel’s settlement policies. He then proceeded to select three well-known, longtime champions of the Palestinian cause: James Zogby, Prof. Cornel West, and Rep. Keith Ellison, one of two Muslim members of Congress. The other two Sanders picks were environmental activist Bill McKibben and Native American activist Deborah Parker.


Here is part of what Ms. Glick wrote:

Although commentators downplayed the significance of their appointments, noting that Clinton’s representatives, were, by and large, supportive of Israel, the fact is that Clinton was under no obligation to give Sanders’ supporters a seat at the table. That she did so shows she wanted to showcase growing opposition to Israel and tip her hat to the growing power of anti-Israel forces in the party.

As expected, Sanders’ representatives submitted a draft platform that called for an “end to the occupation and the illegal settlements.”

In the end, the committee reached a compromise. While the Zogby/West/Ellison wording was rejected, the draft platform makes explicit mention of Palestinian grievances, for the first time calling for the establishment of a Palestinian state that will ensure “the independence, sovereignty and dignity” of the Palestinians….

Ms. Glick went on to observe:

The numbers speak for themselves. According to a Pew survey released in May, since 2014, support for Palestinians among liberal Democrats – that is, hard line Obama supporters – has skyrocketed from 21 percent to 40 percent. Support for Israel among the group during the same period decreased from 39 to 33 percent.

Ms. Glick is undoubtedly correct in suggesting that Mrs. Clinton was intent on allowing the Sanders crowd to be represented on the platform committee, and Sen. Sanders certainly had to be aware that his designees would try to have pro-Palestinian provisions – including anti-settlement language – inserted in the platform document. But without knowing more, we would hesitate to suggest that Mrs. Clinton’s tolerance for the Sanders people meant she somehow approved of what they proposed.

Indeed, Mrs. Clinton’s years as United States Senator from New York were, by most measures, marked by a decidedly pro-Israel position and she has regularly spoken out strongly against the BDS movement and urged a relatively hard line against Iran although she did support the nuclear agreement.

But there are legitimate concerns over her years as President Obama’s secretary of state. She repeatedly condemned the growth of Jewish settlements over the green line, at one point calling for “a stop to settlements – not some settlements, not outposts, not natural-growth exceptions.” Indeed, one of her first acts as secretary of state was to issue a demand for a total building freeze in existing settlement communities.

According to Elliott Abrams, an official in both the Reagan and George W. Bush administrations, this broke an agreement between Israel and the U.S. That is, although it had long been U.S. policy to oppose settlements and their growth, that opposition would not be reflected in policy initiatives. Some analysts also point to the focus on settlements as one of the leading causes for the breakdown of negotiations between Israel and the Palestinians, with the latter being handed an issue – one that had long been largely dormant – to exploit.

It is hard to know with any real certainty how much of what Mrs. Clinton said and did during her years as secretary of state reflected her own views and how much reflected those of President Obama. She herself has noted: “…I was often the designated yeller. Something would happen, a new settlement announcement would come and I would call [Prime Minister Netanyahu] up: ‘What are you doing, you’ve got to stop this.’ ”

Mrs. Clinton cannot be faulted for trying to draw Sanders Democrats into her camp, but that doesn’t negate the fact that their anti-Israel stances gained some legitimacy and also some exposure. Doubtless, the platform’s compromise language referring to Palestinian “independence, sovereignty and dignity” is viewed by the Sanders people and others as a step forward.

The way we see it, Mrs. Clinton needs to be closely questioned about her substantive positions on Israel. But also of great importance is, going forward, whether and how she plans to stanch the erosion of Democratic political support for Israel that has grown increasingly problematic over the past several years, fueled in great measure by President Obama’s open hostility toward Prime Minister Netanyahu. 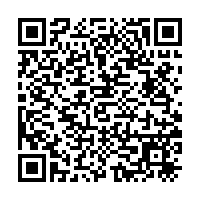