With the United States facing a myriad of epic international challenges, one wonders how the Obama administration came to make the just-announced decision to significantly downsize American defenses. Yet Secretary of Defense Hagel made it known on Monday that the military will be shrunk to its smallest size since 1940.

This is a significant signal to the Russians, who seek to regain Soviet Union-era dominance of Eastern Europe, that the U.S. is not thinking about standing in its way. It also tells the Iranians that the U.S. has no stomach for a military confrontation over its nuclear program and continuing support for terrorism around the world.


The Chinese will take away from this that they are free to continue their efforts at dominating the Far East. Countries in the Middle East will likely think about following the recent example of the Egyptian government in moving closer to Russia at the expense of their ties to the United States.

Israel’s neighbors, in addition to the Palestinians and Hizbullah, will make what they will of an America no longer able to provide Israel with the kind of qualitative and quantitative military backing the Israelis and their enemies have come to take for granted. And what will U.S. guarantees mean to an Israel being asked to take “risks for peace”?

Al Qaeda, despite President Obama’s claims to the contrary, is newly resurgent and no doubt salivating at the prospect of a severely diminished U.S. military capacity. And events in places like Afghanistan and Iraq will no longer be on America’s radar screen.

While stunning in themselves, the cuts, which will include the elimination of an entire class of state of the art air force attack jets, are acknowledged even by the Pentagon as creating significant risks. In announcing the new plans at a press conference on Monday, Secretary Hagel said, “You have fewer troops, fewer ships, fewer planes.… Readiness is not the same standard. Of course there’s going to be risk.”

And Pentagon officials reportedly have said that in factoring in a greater risk factor they are assuming that a greater number of troops doing any fighting will die.

To be sure, even with the contemplated retrenchment the U.S. will remain the single mightiest nation on the planet and doubtless fully able to repulse any conventional or nuclear attack on the homeland. In fact, the Pentagon contends that modern technology will play a greater role than ever before.

But equally at issue here is the kind of robust presence the U.S. will maintain around the world, as well as the responses the military would be able to muster given any number of potential crises.

Congress will have to approve the cuts and we trust the administration’s plan will get a good going over. But we cannot help but be uneasy with a White House that seems to be signaling a weariness with America’s traditional role in the world and a wish to unburden itself of the responsibilities of leadership. 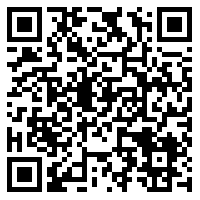