As noted in our first editorial, Israel’s perch atop the moral high ground at the onset of Operation Protective Edge has come under continued challenge in many quarters as the number of civilian casualties in Gaza has risen. The notion that Hamas’s use of human shields caused the problem has lost much of its cache, despite its palpable reality, and Israel is being battered in the court of world public opinion.

How could it not be, given the propensity of elite media outlets like The New York Times to squeeze a narrative of moral equivalence out of facts that plainly tell a different story?


A July 24Times article, “Israel Says That Hamas Uses Civilian Shields, Reviving Debate,” is instructive. Start with the following extraordinary commentary (and keep in mind this was a front-page news story, not an opinion piece or editorial):

With international condemnation rising over the death toll in Gaza exceeding 650 in the war’s 16th day, Israel points to its adversaries’ practice of embedding forces throughout the crowded, impoverished coastal enclave of 1.7 million people.

“Hamas uses schools, residential buildings, mosques and hospitals to fire rockets at Israeli civilians,” Prime Minister Benjamin Netanyahu told his Canadian counterpart in a call over the weekend, according to a statement from Mr. Netanyahu’s office. “Hamas uses innocent civilians as a human shield for terrorist activity.”

Nothing is ever so clear in the complex and often brutal calculus of urban warfare. There is no evidence that Hamas and other militants force civilians to stay in areas that are under attack – the legal definition of a human shield under international law. But it is indisputable that Gaza militants operate in civilian areas, draw return fire to civilian structures, and on some level benefit in the diplomatic arena from the rising casualties. They also have at times encouraged residents not to flee their homes when alerted by Israel to a pending strike and, having prepared extensively for war, did not build civilian bomb shelters.

Despite the snarky headline – “Israel Says That Hamas Uses Civilian Shields” followed by the curious reference to a “debate” – the story itself acknowledges, after a bit of hemming and hawing, that Hamas does count civilians as part of its war arsenal. Yet the article still labors to convey the idea that it is not at all clear Hamas is guilty of using human shields. It’s a transparent effort, by way of technical definition, to blunt Hamas’s undeniable practice of using civilians.

In an interview on CNN this last Sunday, Prime Minister Netanyahu put a finer point on the issue, asking the interviewer,

[S]o, what would you do? Would you say, all right, we can’t do anything because they are hiding behind civilians? That is their whole strategy. You would actually give them immunity. You would give terrorist organizations a powerful weapon if you say that democracies, a legitimate democracy cannot act against a terror organization because it is using civilians as a human shield, and therefore it should absorb attacks on its own civilians, on its own forces.

You are giving them a tremendous victory…. I think you want to minimize, as we do in any way we can, civilian casualties. And we don’t target civilians. But you don’t want to give the terrorists the immunity because they use civilians as a human shield…. I don’t think Americans or Europeans or Asians or anyone else would want to have this established as a general principle.

The logic is surely compelling. Plainly, no nation or nations can act differently from Israel in such circumstances except at their great peril. And while the images of dead and suffering civilians are difficult to take, can any fair-minded person say Israel should not defend itself against terrorist aggression because civilians will inevitably pay a price, however unintended on Israel’s part, for the actions of their elected rulers? 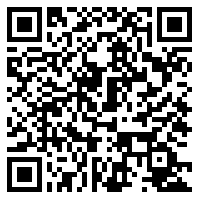