It is no secret that The New York Times editorial page is ordinarily in the tank for President Obama or that, conversely, it rarely misses an opportunity to cast Israel in a negative light. And while reasonable people certainly can differ when it comes to assessing Mr. Obama’s job performance or the wisdom of specific Israeli government policies, an incendiary Times editorial last Friday challenging Israel over its sharp disagreement with the Obama administration on how to deal with Iran’s nuclear program went well beyond responsible discourse, portraying Israel as a cynical, self-absorbed rogue state unconcerned with causing the major military confrontation that would inevitably follow the breakdown of talks.

Titled “Not the Time to Squeeze Iran,” the editorial said, in pertinent part:

A rare opportunity for a diplomatic resolution to the dispute over Iran’s nuclear program is at risk because many lawmakers, urged on by Prime Minister Benjamin Netanyahu of Israel, are insisting that Congress impose tougher economic sanctions, perhaps next week as an amendment to the defense bill.

Sanctions have been crucial in keeping the pressure on Iran. But doubling down on them at this delicate moment, when Iran and six major powers, including the United States, have made progress toward an interim agreement, could cause negotiations between the two sides to collapse and, worse, become a pathway to war.

Layers of sanctions, imposed separately since 2006 by the United Nations Security Council, the United States and Europe, have been largely responsible for moving Iran to the point of serious negotiations….

Even so, Israel, groups like the Washington, D.C.-based Foundation for Defense of Democracies and lawmakers like Sen. Mark Kirk, Republican of Illinois, want to ratchet up the pressure. Their stated aim is to force Iran to completely dismantle its nuclear program….

But new sanctions are likely to force Iran to abandon an enterprise in which it has invested billions of dollars and a great deal of national pride…. If Tehran walks away from the talks, Washington will be blamed, the international unity supporting the network of sanctions already in place will unravel, and countries that have reduced imports of oil from Iran will find fewer reasons to continue doing so.

The Iranians could conclude that America is determined to overthrow their entire system, and, as a result accelerate efforts to build a nuclear bomb. This, in turn, could end up leading to American military action (Mr. Obama has said Iran will not be allowed to acquire a weapon), engaging a war-weary America in yet another costly conflict and further destabilizing the region, while setting Iran’s nuclear program back by only a few years….

President Obama deserves more time to work out a negotiated settlement with Iran and the other major powers. If the deal falls through, or if inspections by the United Nations unearth cheating, Congress can always impose more sanctions then. But if talks fail now, Mr. Netanyahu and the hard-line interest groups will own the failure, and the rest of us will pay the price.

For the war-weary United States, a deal that halts Iran’s progress toward a nuclear weapon in exchange for partial sanctions relief, which the Obama administration hopes to conclude this week, would greatly reduce the possibility that the United States would be forced to take military action against Iran in the coming months…. If a long-term accord can be struck during a planned negotiating period of six-months, the dangers of a new Middle East War and an Iranian bomb could be alleviated.

Israel of course, also wishes to avoid war. But Israeli leaders have more to fear than do Americans from a bargain that leaves the bulk of the Iranian nuclear infrastructure in place, even temporarily. If no final settlement were reached, and the larger sanctions regime began to crumble – as the Israelis fear it would – Iran could be left with a nuclear breakout capacity as well as a revived economy. From Israel’s point of view, keeping sanctions in place until Iran agrees to a definitive compromise – or its regime buckles – looks like a safer bet.

The Times editorial, it bears noting, never mentioned that a number of senators, among them New Jersey’s Bob Menendez, the Democratic chair of the Senate Foreign Committee, and Tennessee’s Bob Corker, a senior Republican on the committee, fundamentally disagree with President Obama’s piecemeal approach and view it as detrimental to U.S. interests, as some quotes from them we cited here last week demonstrate. 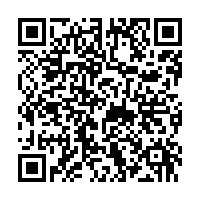